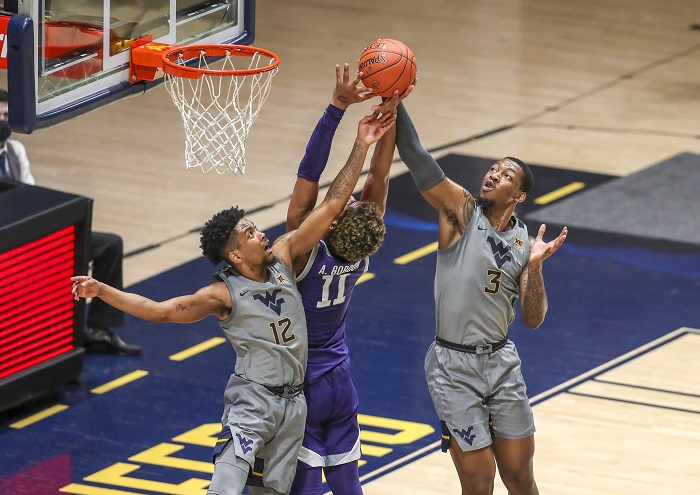 Taz Sherman, who helped West Virginia head coach Bob Huggins to his 904th career win on Sunday, was named the Big 12 Men’s Player of the Week on Monday.

Meanwhile, Texas forward Tre Mitchell, who transferred to the Longhorns from UMass, was named the Big 12 Newcomer of the Week.

Sherman flirted with the NBA last summer before returning for his final season with the Mountaineers, and he had a fine week helping them finish in third place in the Charleston Classic last weekend. Sherman averaged 20 points and four assists, including a career-high 27 points in the opener against Elon, along with 21 points against Marquette and 12 points against Clemson. Sherman also made the all-tournament team.

Mitchell helped the Longhorns win both of their games last week as part of the Abe Lemons Classic, named for the former Longhorns head coach Mitchell averaged 15 points and 7.5 rebounds while shooting 68.4 percent from the floor. Against Northern Colorado, Mitchell scored a season-best 16 points and grabbed seven rebounds. Against San Jose State he scored 14 points and had a season-high eight rebounds.

Texas is No. 8 in the most recent Associated Press Top 25.