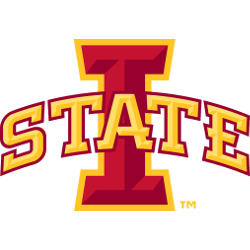 Gabe Kalscheur, who helped Iowa State to its first national ranking in more than two seasons, was named the Big 12 Men’s Player of the Week on Monday.

In fact, Kalscheur, who is in his first season in the Big 12, also earned the Big 12 Newcomer of the Week award.

The Cyclones beat two Top 25-ranked teams in the NIT Season Tip-off last week in New York City — No. 25 Xavier and No. 9 Memphis.

Kalscheur, the Minnesota transfer, had a huge hand in both victories. He averaged 21.0 points, 6.5 rebounds and 4.0 steals as he earned Most Valuable Player honors for the event. In the championship game with Memphis, he scored 30 points and matched his career-highs of eight rebounds and five steals. He scored 12 points and had five rebounds and three steals in the win over Xavier.

With his outburst, Kalscheur passed 1,000 points for his career.

Iowa State went from unranked last week to No. 19 this week, their first ranking since being No. 19 on the week of Feb. 19, 2019. The Cyclones host Arkansas-Pine Bluff on Wednesday and travel to Creighton on Saturday.