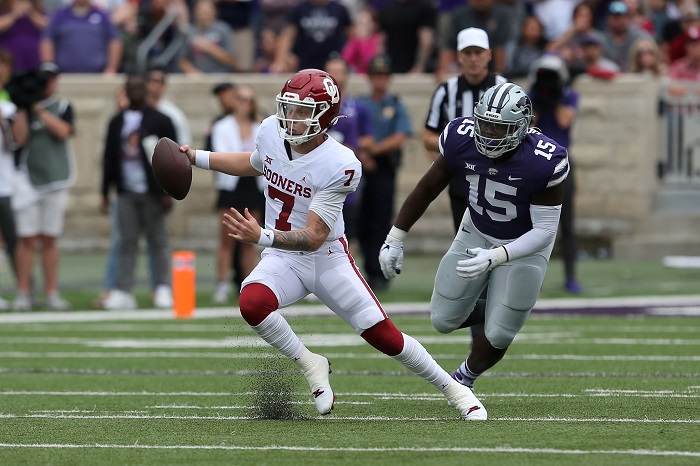 Former five-star quarterback Spencer Rattler has entered the transfer portal and intends to leave the Oklahoma program. This story has been developing since early October, well before the turmoil that Oklahoma is in as of Sunday afternoon when former head coach Lincoln Riley shocked the college football world.

During his career at Oklahoma, Rattler completed 70.1% of his passes for 4,595 yards, 40 touchdowns, and 12 interceptions. He was the favorite to win the Heisman trophy entering the 2021 season but was benched against Texas after six starts and underwhelming performance throughout. Caleb Williams started from that moment forward and Spencer was an afterthought in the Oklahoma offense, something that you would’ve never thought of just two months ago.

With Matt Corral leaving for the 2022 NFL Draft, the Ole Miss Rebels are an early favorite to land Rattler and would be a match made in heaven for both parties. Jeff Lebby and Lane Kiffin are two of the brightest offensive minds in college football and could do damage with Rattler’s skillset.

However, with the monumental coaching carousel of 2021, it’s not hard to imagine either of those names being gone next year, so nothing is guaranteed at this point. Well, almost nothing, except that Rattler’s time in the Crimson and Cream is finished.

Things are starting to get interesting in the Spencer Rattler saga yet again. It was widely speculated that Rattler would follow Lincoln Riley to USC, but that no longer sounds likely.

In fact, quite the opposite is true:

Can you imagine the battle for the Victory Bell in 2021 pitting Lincoln Riley against his former pupil Spencer Rattler?

They might actually fill up the coliseum for that one.