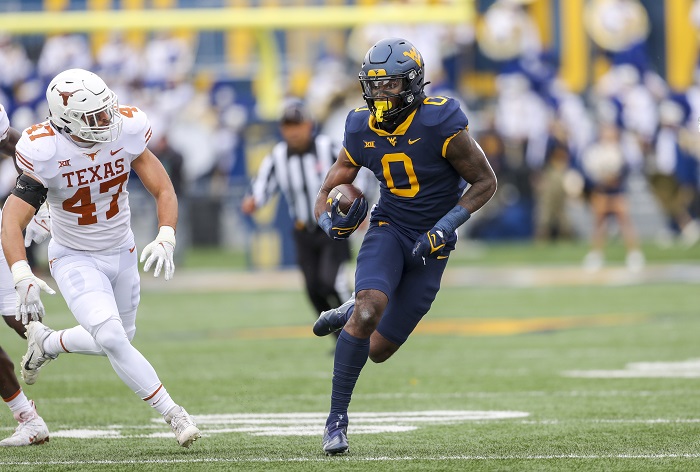 West Virginia just managed to get bowl eligible by winning its last two games of the season. The reward for the Mountaineers is a spot in the Guaranteed Rate Bowl against a strong Big 10 opponent that spent some time in the Top 25 this season.

Minnesota has had its share of highs and lows this season, with at least one of the lows being very low, but it turned a solid season overall. The Gophers are like West Virginia in that their defense is the team’s strong suit. In fact, with Gophers’ run-first mentality, they are very similar to what many expected WVU to be this season before it became apparent that the Mountaineers’ offensive line was a liability.

If I had to compare Minnesota to a Big 12 team, it would be Kansas State – a highly competent ball-control team with a good defense. However, the Gophers don’t have any superstars like KSU’s RB Deuce Vaughn or DE Felix Anudike-Uzomah. That said, what they lack in star power, the Gophers make up for with blue-collar tenacity in the trenches.

Here’s a look at Minnesota’s 2021 season followed by some humble, non-expert analysis of the team and how it matches up against West Virginia.

The Buffaloes were not a very good team in 2021 and finished with a 4-8 record. However, Minnesota went into Boulder and completely dominated the game while holding Colorado to a minuscule 63 yards of total offense and -19 rushing. While the Gophers’ defense smothered CU’s offense, Minnesota got the ground game humming to the tune of 277 rushing yards and 5.2 yards per rushing attempt. Someone should call the game warden because I’m pretty sure it’s illegal to slaughter buffalo in the State of Colorado unless you pay to do it on a private ranch.

This was one of the worst Power 5 losses of the season. The Gophers entered the game favored by 30.5 points at home. Bowling Green finished 4-8 and 2-6 in the MAC, but the Falcons won the turnover battle 3-2 and managed to hold Minnesota to just 10 points. Minnesota punted six times, missed a field goal, failed to convert on 4th and 1, and saw its final two drives of the game ended in interceptions. Minnesota QB Tanner Morgan completed just five of 13 passes for 59 yards, 0 TDs, and 2 INTs. Woof!

Wisconsin was overrated at #14 entering this game (in service of the Playoff Committee’s undying love for Ohio State, no doubt); nonetheless, this was an impressive win. Wisconsin, which finished 8-4, was playing for a spot in the Big 10 Championship, and much was being made by the talking heads on ESPN about the Badgers’ defense. It was Minnesota’s defense, however, that won the day as the Gophers allowed conversions on just four of 14 third downs while surrendering a scant 62 yards rushing. Even more impressively, Minnesota’s defense turned the Badgers over on downs twice in the final four minutes to preserve the victory.

Two fumbles and an inability to get the ground game going doomed Minnesota. In some ways, this loss was worse for Minnesota than the loss to Bowling Green. The Gophers entered the game at 6-2, 4-1, and ranked 20th in the nation after rattling off four consecutive conference wins. Minnesota still controlled its own fate in the Big 10 West when Illinois came to town, but the Gophers may have gotten caught looking ahead to the following week’s game at Iowa. Illinois had a better-than-expected season, finishing 5-7 with upsets over Nebraska, Penn State, and Minnesota, but it’s never good to be counted among the scalps taken by an overachiever.

Note:A decent comparison to a Big 12 quarterback would be K-State’s Skylar Thompson in a knee brace; however, Morgan was not nearly as efficient as Thompson on the season. Like post-knee-jury Thompson, Morgan is a veteran game-manager who doesn’t pose a threat in the run game. He can get white-hot, but he can also get ice cold, and even when he’s in rhythm, he turns the ball over too often. His highest completion rate of the season, 83.3% (20-24), came against Nebraska, but he threw two interceptions in that game to match his two touchdowns. Nonetheless, Morgan’s best two games of the season were his last two at Indiana and vs Wisconsin. In those two games, he went 25 of 36 for 395 yards, 3 TDs, and 1 INT, for a two-game efficiency rating of 183.56. To put that number in perspective, Ohio State’s CJ Stroud is second in the nation with a season-long pass efficiency rating of 182.23.

Note: The Gophers have split most of the workload in the backfield between three backs: Thomas, Mar’Keise Irving (570 yards on 114 attempts), and Trey Potts (552 yards on 112 attempts). All three are young – Irving is also a freshman and Potts is a sophomore – and none of them pose much of a threat in the passing game. Combined, the three have 16 receptions for 131 yards and no touchdowns this season. Make no mistake, with 2,326 rushing yards on the season, Minnesota is a hard-nosed running team, and there aren’t a lot of bells and whistles coming out of the backfield.

Note: Autman-Bell may not be prolific in Minnesota’s run-first offense, but he can stretch the field. He has had at least one reception of 45 or more yards in each of his four seasons with the Gophers. His best game of the season came against Iowa with five receptions for 109 yards and a touchdown on a season-high reception of 68 yards to give Minnesota the chance to tie Iowa at 24-all late in the 4th. However, Minnesota’s two-point conversion failed, and the Gophers ended up falling to the Hawkeyes, 27-22.

Note: Thomas’ role in Minnesota’s defensive scheme appears similar to West Virginia’s Bandit position. However, Rush is a defensive end who can function like a linebacker as opposed to the Bandit linebacker who often functions as a defensive end in WVU’s hybrid 3-4.  The Gophers will move Rush around quite a bit depending on game situations or attrition. The Gopher’s base scheme is a 4-2-5, but, as in many 4-2-5 schemes, the nickelback or an edge defender often functions as a third linebacker. Also of note is that while Rush has started a few games this season, he’s more of a rotational player.

Note: Minnesota’s second-leading tackler, LB Mariano Sori-Marin, has 82 tackles (42 solo). While the Gophers’ depth at linebacker is still relatively green, the position group is athletic and has improved overall after a terrible 2020 season.

Average time of possession per game: 35:11

Statistically, Minnesota’s defense is one of the best in the nation. However, don’t let the Big 10 pundits fool you because the 2021 Gophers haven’t faced many competent offenses, at least by Big 12 standards. The problem for West Virginia is that its offense isn’t exactly competent by Big 12 standards either, and Minnesota is great at keeping subpar offenses subpar. The Gophers are good at getting off the field on 3rd and 4th down, and they do a nice job defending the run. While the pass rush isn’t elite, like Oklahoma State’s, or even good, like Iowa State’s, Baylor’s, and Kansas State’s, it’s far from bad. The Gophers have 21 sacks on the season to go along with 118 QB hurries and seven batted passes. The secondary had seven interceptions and 23 passes broken up while allowing its 2021 opponents to connect on just 55.3% of passing attempts.

The Gophers are a hard-nosed running team, but the passing game has the potential to click at times. Morgan completed his first 16 passes against Nebraska, and it is unwise to fall asleep on the Gophers’ passing attack. Again, the comparison to K-State is somewhat apt. Minnesota has the potential to lull defenses with the running game and then hit a big play through the air. The offensive line is stout, and while the unit is good at pass-blocking, it loves to run-block. Third-team All-Big 10 selection Blaise Andries has seen time at left tackle and right guard this season and is perhaps the MVP of the unit along with second-team All-Big 10 center John Michael Schmitz. Left guard Conner Olson is another third-team All-Big 10 selection and completes the core of a steady if not great offense.

While Minnesota has the better defense statically, the Gophers haven’t faced the volume of good offenses in the Big 10 that West Virginia has in the Big 12, nor have they faced the kind of offensive balance common to most of the Big 12. West Virginia’s defense will be fine against Minnesota’s offense. The game for West Virginia will likely hinge on whether the Mountaineers can get QB Jarret Doege going in the passing game. For all Doege’s faults, he’s deadly when given time and his receivers aren’t suffering from a case of the drops. WVU RB Leddie Brown is likely to find the sledding tough against Minnesota’s defense, and ‘Eers fans can expect him to average somewhere around 3.5 yards per carry, but that may be enough if WVU can keep from falling too far behind and make some big plays through the air.