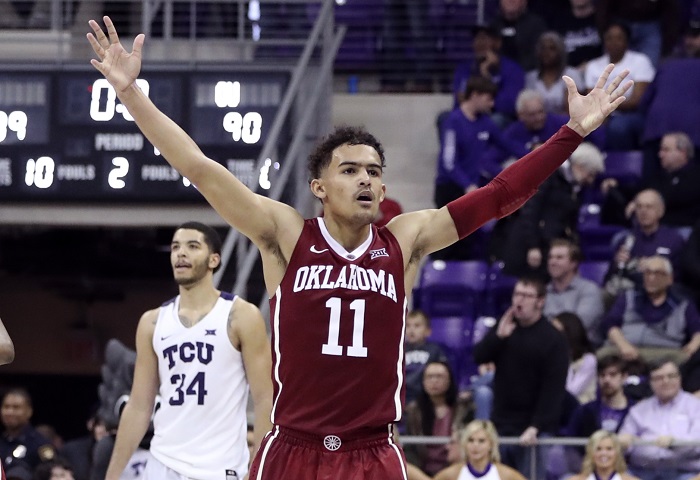 Atlanta Hawks star Trae Young is officially off the market ladies. The 23-year-old point guard asked his long-time girlfriend Shelby Miller to marry him last night, and of course, she said yes.

The two have been dating since 2018 and met in Norman, Oklahoma, when Young was playing for the Sooners. Miller and Young are both from Norman, Oklahoma and attended high schools in the area before attending Oklahoma University.

Here is a congratulatory post from the Atlanta Hawks twitter page, with pictures of the two during their moment.

It’s been a really good 2021 for Young, as he not only got engaged but he has been tearing it up on the court. Young currently ranked third in the NBAwith 27.0 points per game, thrid in assists with 9.3 per game, and is sixth in player efficiency rating (PER) at 25.56.

The Hawks are 14-14 and looking to make it back to the playoffs after Young led them there in 2020, losing to the eventual NBA Champion Milwaukee Bucks in the Eastern Conference Finals. Young was pivotal in that playoff run, including a playoff career-high 48 points, 11 assists and seven rebounds in a 116-113 Game 1 victory over Milwaukee. Unfortunately Young missed two games in the series with a foot injury and the Bucks were able to advance.

Young and his now-fiance Shelby, are rising stars in the NBA and look to have a bright future ahead of them.