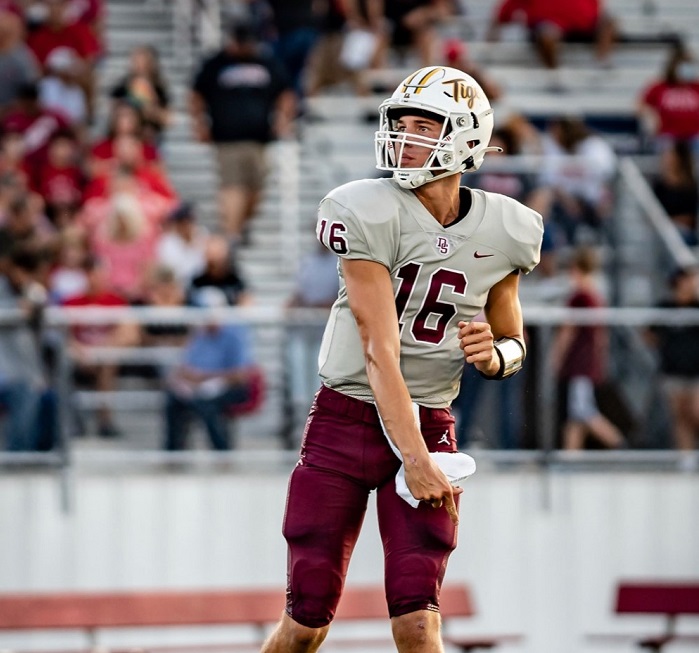 While the early signing period was for the class of 2022, Baylor got some good news last week when 2023 quarterback Austin Novosad pledged his commitment to Baylor.

Austin is rated as a three-star prospect out of Dripping Spring, Texas and is rated as a top 75 player in the state of Texas for the class of 2023 according to 247Sports.

The junior quarterback was a big focus for Baylor head coach Dave Aranda and staff. Novosad was the district 12-5A 2020 Newcomer of the Year and 2021 Overall MVP. He chose Baylor over schools such as Colorado, Houston, Texas Tech, SMU, UTSA, and Vanderbilt. This past weekend, I got the chance to chat with Baylor’s newest quarterback commit and here is my interview.

HCS: What made you decide to commit to Baylor last week?

Austin: I was pretty much ready. I felt like the coaches at Baylor were very consistent and I could see the future being bright there. I felt ready and with an early commitment me and the staff felt like we could help build an elite 2023 class. I felt like the school was the best fit for me being close to home and being a program on the rise.

HCS: What separated Baylor from the other schools that were recruiting you?

HCS: Speaking of Dave Aranda, what do you think of him is a coach and as a person?

Austin: I think he is great. He is a very truthful man who has a standard for the program to develop great men and great athletes. I think what makes him special is how you can see the change he has made to the program. When you get around the team you can also see how great men his players are.

HCS: How did you react when Baylor won the Big 12 title?

Austin: It was crazy! I actually went to the game, and it was so big for the program to get that win! That win showed Baylor’s program is heading in the right direction.

HCS: What are your thoughts on Baylor’s 2023 class?

Austin: I think the 2023 class is going to be great. The staff will continue to recruit elite guys for the future.

HCS: Do you have any crazy pregame rituals?

Austin: I’m pretty simple. I do have a certain playlist that I listen to before every game. That’s my one thing I consistently do for each game.