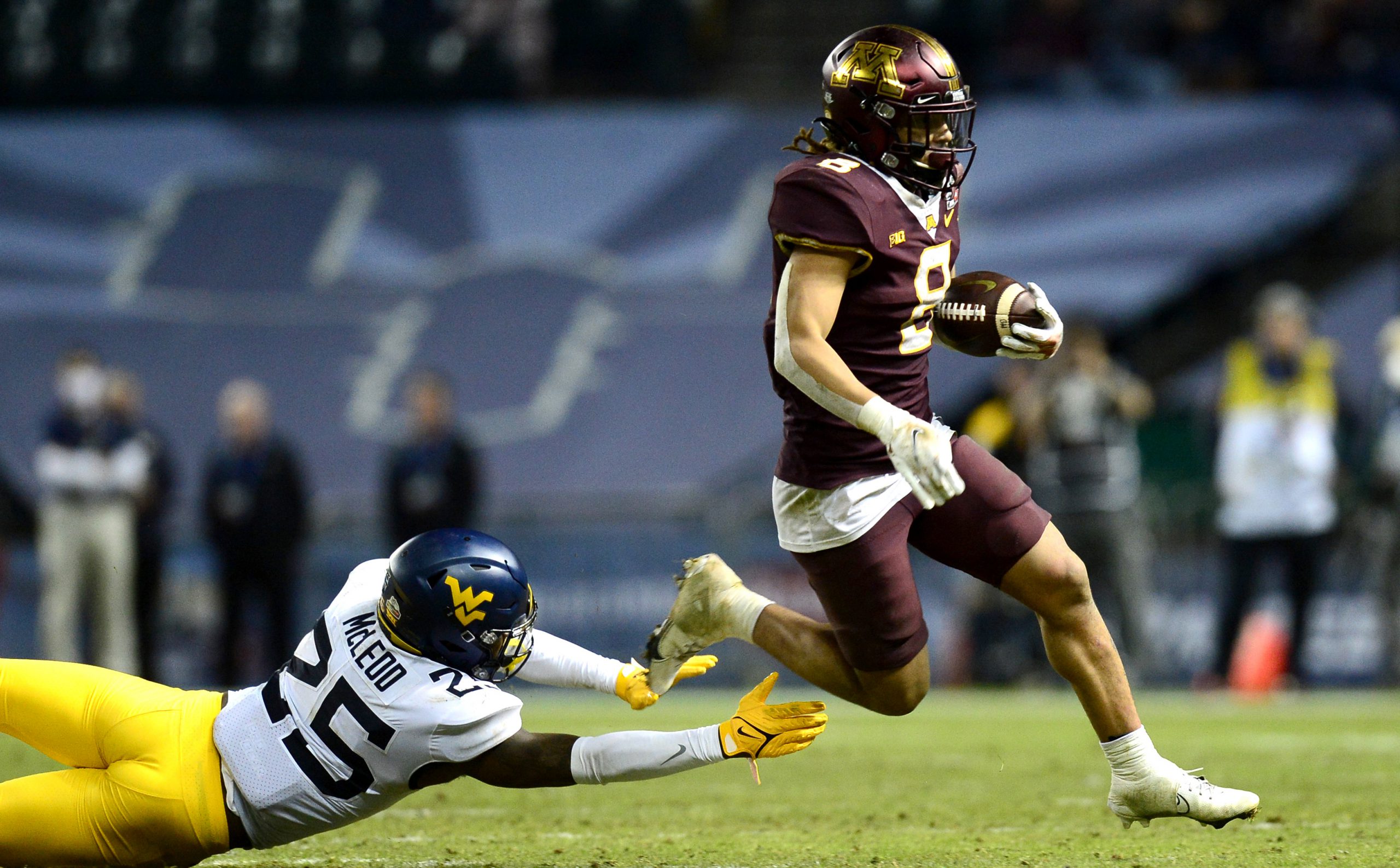 The Big 12 bowl season started off with a huge bang when Texas Tech destroyed Mississippi State in the Liberty Bowl. Now, it was West Virginia’s turn to get the next Big 12 bowl win in the Guaranteed Rate Bowl against Minnesota. Unfortunately, it was an ugly game from the start as West Virginia struggled for four quarters and ended up falling to the Golden Gophers 18-6 on Tuesday night. Here are my four thoughts on West Virginia’s loss.

West Virginia isn’t a team who can throw their way to a victory or play from behind. They need help on offense behind a good running game. That didn’t happen as it was Minnesota who used their powerful run game to control the clock. The Golden Gophers rushed for 249 yards on Tuesday evening and the Mountaineers didn’t have much of an answer to stop it. Minnesota only completed eight passes and still managed to win the game by double digits which should say a lot. Thanks to their run game, Minnesota was able to hold the ball for a whopping 38 minutes and 29 seconds.

Scoring just six points in a bowl game is just flat out embarrassing. There were so many areas of weakness that made this offense hard to watch. The offensive line got dominated up front and they had no answer for Minnesota’s pass rush. They couldn’t open holes in the run game and failed to protect their quarterback Jarret Doege who was sacked five times and was hit probably more than a dozen times. Jarret Doege faced pressure all night and had no idea where to go with the football. Outside of one touchdown drive, the Mountaineers failed to score any points on their other nine drives on offense. I have no clue what West Virginia did during bowl practice but it surely wasn’t right.

3. It’s Time to Move on From Jarret Doege

I have been saying this all season and I still feel the same after watching this bowl game. We have seen Doege be the guy at quarterback for over two full seasons now and I don’t see much progress at all. He had an up and down season and on many occasions was one of the biggest reasons why the Mountaineers failed to win ball games this past season. I know it’s not ideal playing a young guy or making a change since Doege has a ton of starting experience but it’s time to move on. Jarret could come back to Morgantown for another year, but I genuinely believe there needs to be a serious discussion about a quarterback competition. Even if Doege returns other guys like Garrett Greene and incoming freshman Nicco Marchiol should be getting serious looks going into next season.

4. Next Year Will Be a Make-or-Break Year for Neal Brown

We just wrapped up year three of the Neal Brown era and for the second time in his three seasons in Morgantown, Neal Brown finishes the year with a losing record. While the defense has made some strides over the past three years, the offense has been stuck in the mud. West Virginia is still trying to find that game changer at quarterback since Will Grier left and the offensive line has just been a mess which has led to struggles in pass protection and establishing any sort of respectable run game. Some changes need to be made this offseason and if they aren’t, Neal Brown seat could get very warm in 2022.