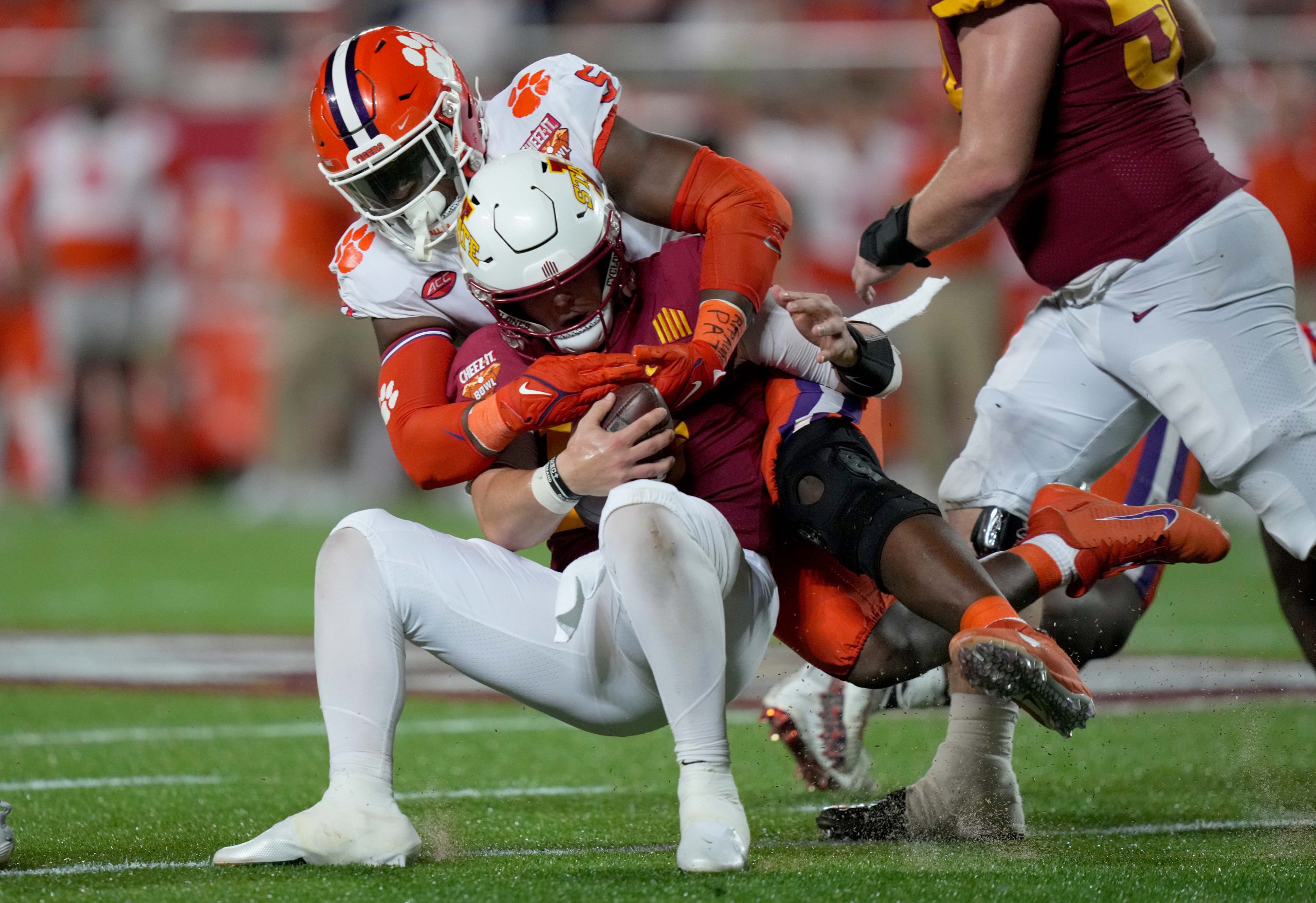 Bowl season is here across in Big 12 country. On Tuesday night, we kicked things off with Texas Tech beating Mississippi State in the Liberty Bowl while West Virginia fell flat against Minnesota in the Guaranteed Rate Bowl. The conference needed a bounce back win and now it was Iowa State’s turn to make things right in the Cheez-It Bowl squaring off against a talented Clemson team. Unfortunately like many times this season, the Cyclones were a score away from possibly winning the game. Here are my three thoughts on Iowa State’s 20-13 loss in the Cheez-It Bowl.

This was supposed to be the game where Brock Purdy ended his Iowa State career on a high note and instead it turned into an evening of misfortunate events. Purdy finished the game going 23/39 for 204 yards and a score however it was his turnovers that were costly. The first one happened when the Cyclones were down by ten late in the third quarter and when Brock’s pass got tipped in the air, he swatted his own ball back up right into the hands of a Clemson player who took it for six.

Then late in the ballgame when Iowa State was down seven with less than a minute left, Purdy ran for a first down on fourth down but fumbled the football and when he recovered it, he was short of the first down.

It was just one of those head scratching games from Brock Purdy that is hard to put into words. He certainly has had some odd turnovers in his career, but the two tonight were things I am not sure I have seen before and maybe will never see again. Despite all of the bad, the man is still the best quarterback in Iowa State history and owns 32 school records.

Even though Iowa State lost the game it wasn’t because of Jon Heacock and this defense. In fact, I thought they played extremely well in Orlando given the hand with which they were dealt. They were without All-American Linebacker Mike Rose and of course Isheem Young who is in the transfer portal. The Cyclones did an excellent job of slowing down the Clemson rushing attack and never really allowed any big plays on defense. If there was an area to pick on it would be the third down defense. Iowa State allowed Clemson to convert 50% of their third downs which is way too high. Other than that, I have no complaints about the defense who truly gave up only 13 points due to the fact that seven of their 20 points came off a Brock Purdy turnover. Also, I really liked what I saw from true freshman safety Beau Freyler on Wednesday night.

There were so many close calls this season and so many one score games (five of six losses). Once again, a game they lost was within reach. They were some crazy moments this season like there were in this game, but I didn’t think we would be sitting here at the end of the 2021 season with Iowa State finishing with a 7-6 record after their bowl game. Iowa State was supposed to compete and play in the Big 12 title game, and it never happened. Despite returning a ton of players from the 2020 team, this year it didn’t come together. Sometimes it was the defense and sometimes it was the offense, and it was frustrating to see the struggles of a team with so much potential. Much like Oklahoma, this year has been a year of what ifs instead of actually taking that next step as a program. It is going to be an interesting offseason with so many fresh faces having to replace these veteran guys who helped build the Iowa State football program.

Iowa State vs Clemson: Cheez-It Bowl Preview and Prediction
Despite Disappointing 2021 Season, Legacy of Iowa State Seniors Should Not Change
To Top