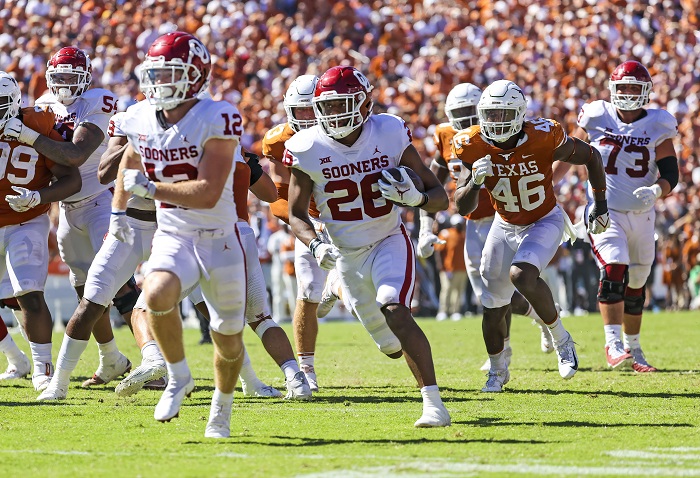 Oklahoma Sooners running back Kennedy Brooks announced on Twitter on Thursday that he is leaving the program and entering the 2022 NFL Draft. This announcement comes one day after Oklahoma crushed Oregon 47-32 in the Alamo Bowl, a game where Brooks racked up 142 yards and three touchdowns in the victory.

Brooks posted a lengthy letter on social media, writing on part, “I am proud to have earned my degree from such a great university, and I will forever be grateful for all the friendships I have gained, and experiences I’ve had along the way at Oklahoma.”

Brooks took off the 2020 season due to COVID-19 and then made his return in 2021 as Oklahoma’s leading running back.

His best game this season came against Texas, when he piled up 217 rushing yards on 25 carries and two rushing touchdowns in Oklahoma’s comeback victory.