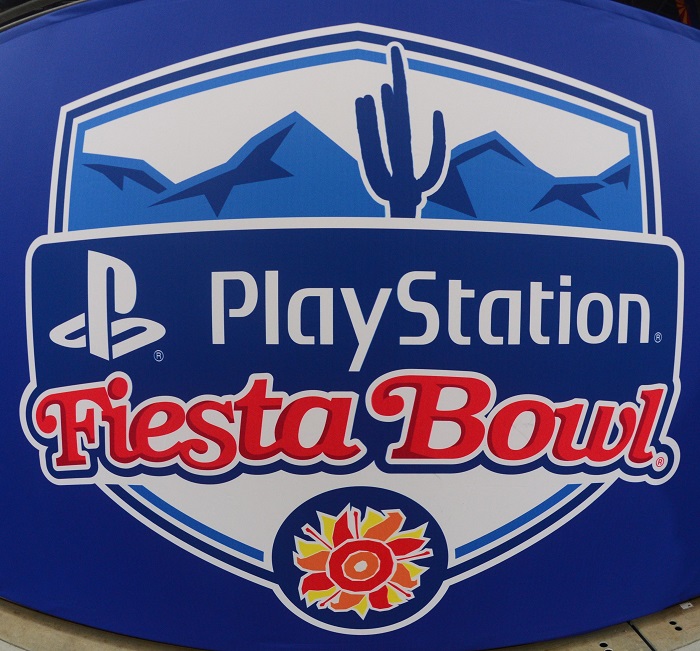 Here is everything you need to know about the PlayStation Fiest Bowl in our Oklahoma State vs Notre Dame preview and prediction.

Fun Fact: This is the first-ever meeting between the Cowboys and Fighting Irish and features two top-ten teams in the series debut.

The Cowboys have gone where that ferocious defense has led them all season long, but up until the Baylor game, Spencer Sanders was quietly having the best year of his career at Oklahoma State. The junior quarterback has been responsible for 22 touchdowns this season but has thrown 12 interceptions, including four INTs and no touchdowns in the Big 12 Championship game. Mike Gundy and the Cowboys will need a lot more from him if they are to win the Fiesta Bowl. Notre Dame ranks 14th in the country with 23 turnovers forced, including 15 interceptions. Sanders will need to stay clean in this one to give his team a chance.

The senior linebacker from Wagoner, Oklahoma, ranks 12th nationally in solo tackles (68), 22nd in the country in total tackles (118), and eighth in forced fumbles (4). Rodriguez will need to rally his team together in Jim Knowles’ last game and just do what they have done all year long; squeeze the life out of Notre Dame’s offense. Notre Dame currently ranks 55th in total offense, and just lost its biggest offensive weapon in Kyren Williams, who opted out of the Fiesta Bowl to prepare for the NFL Draft. Rodriguez and Co. should be able to control the tempo of this game.

The transfer quarterback from Wisconsin had the best season of his career in 2021, throwing for 20 touchdowns to only six interceptions and added two scores on the ground. Coan has completed over 74% of his passes over the last four games and has an 8/2 TD/INT ratio in those games. It’s no secret that this isn’t an air-raid style offense in Southbend; they are physical and tough up front and like to run the ball aggressively. That will be their main objective against Oklahoma State, and Coan will be asked to manage the game, just like Sanders on the Oklahoma State sideline.

With consensus All-American safety Kyle Hamilton opting out of the Fiesta Bowl, Notre Dame will turn to junior safety DJ Brown who actually matched Hamilton in interceptions (3) and tackles (37 to Hamilton’s 34). Now, Brown isn’t an All-American and a first-round draft choice this season and there are things that Hamilton can do that Brown can’t. However, in this game, Brown and CB Cam Hart will have to try and fill the void left by Hamilton.

Can Spencer Sanders protect the football? If he can, the Pokes will win. It’s that simple. This Notre Dame is good at forcing turnovers and can overwhelm a team that is prone to giving the ball away (see Wisconsin game). Gundy and Oklahoma State know they are at their best when Sanders doesn’t have to control the game with his arm. I expect them to put him in positive situations and keep the ball on the ground with Jaylen Warren (if he’s available) or Dominic Richardson.

How do the Fighting Irish replace Kyle Hamilton and Kyren Williams? Those are two massive losses for a team trying to find a new identity after losing Brian Kelly after 12 years at the helm. Hamilton would be the best athlete on either team at any moment in this game, and Kyren Willaims is fresh off a season where he racked up 1,400 all-purpose yards and 17 touchdowns. If sophomore running back Chris Tyree can burst onto the scene against this Oklahoma State defense, then the Irish could be in business. The Irish should be okay without Hamilton defensively, as the unit finished 28th in total defense this year.

This game is going to be close and could come down to the final drive, just like the Big 12 Championship did. I do think that the Oklahoma State defense is the best unit on the field and that will be the difference in the game. Mike Gundy and the Cowboys hang on late and win a close one, getting to 12-2 on the season.

The Deciding Dozen: 12 Games that Decided the Big 12 in 2021
Baylor vs. Ole Miss: Sugar Bowl Preview and Prediction
To Top