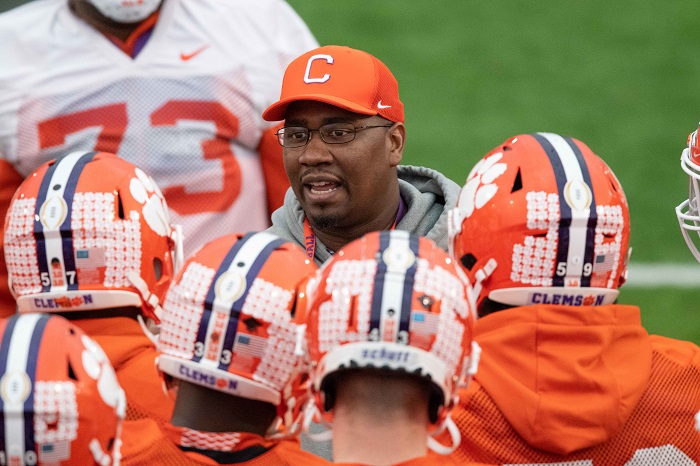 Oklahoma has poached another member of the Clemson staff, as Clemson defensive line coach and recruiting coordinator Todd Bates is heading to Norman, Oklahoma per multiple sources. Larry Williams of TigerIllustrated.com was the first to break the news.

In an effort to keep Bates around, Clemson gave him a $200,000 raise and two-year contract extension, as well as giving him the title of assistant head coach. Oklahoma’s offer must’ve been quite a doozy, or Bates’ desire to work under Venables was more than just money.

This is an absolute home run of a hire for the Sooners, as Bates is one of the best recruiters in America and has an excellent pedigree as a defensive line coach. In 2019, Bates was named the Rivals’ Recruiter of the Year and was identified as a key part of wrangling in the Tigers’ 2020 Class, which ranked first in the country according to ESPN.

Nothing is set in stone until the play on the field is improved, but it is safe to say that Oklahoma is doing everything in its power to bring elite defensive play back to Norman. With Brent Venables, Brandon Hall, Ted Roof, and now Bates on staff, the Sooners have put together one of the most experienced and impressive defensive staffs in the country.