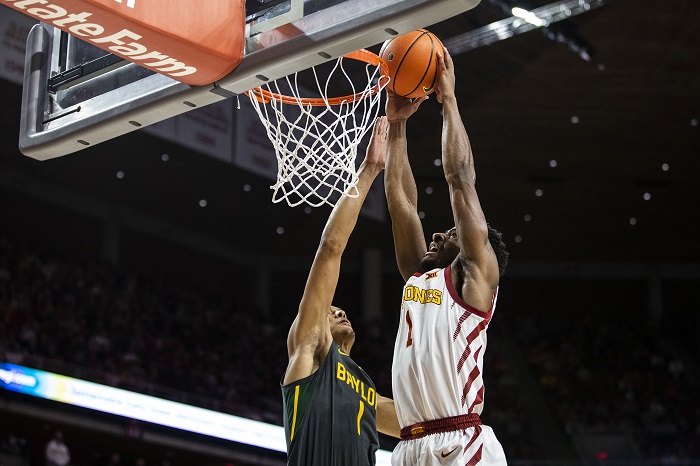 James Akinjo and Izaiah Brockington were the two Big 12 players added to the Wooden Award Midseason Top 25 Watch List, which was released on Wednesday.

The Big 12 had seven players on the Wooden Award Top 50 Watch List, but the committee has now narrowed down the candidates to the Top 25 players.

Kansas guard Ochai Agbaji is the only other Big 12 player on the Wooden Award Midseason Top 25.

Akinjo is the leading scorer for the No. 1 Baylor Bears, averaging 14 points per game. Akinjo is also averaging a Big 12-leading six assists per game.

Brockington leads Iowa State and the Big 12 in double-doubles this season and entered Wednesday’s game with Texas Tech averaging 17 points and 8.4 rebounds per game.

Agbaji is averaging 20.2 points per game, second only to West Virginia’s Taz Sherman. Agbaji is the second-best 3-point shooter in the Big 12, firing 45.1 percent from distance.