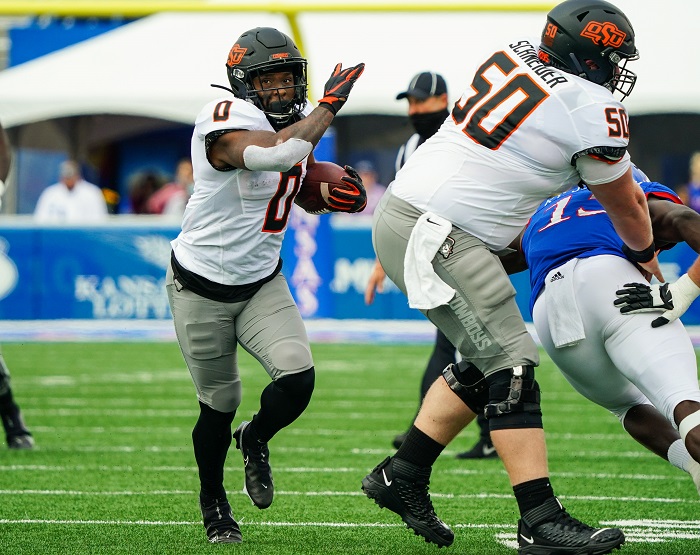 After six seasons with Oklahoma State, running back LD Brown is ready for the next level.

Brown, who has been with the Cowboys since 2016, announced on Instagram that he intends to declare for the 2022 NFL Draft.

Brown was a three-star recruit in 2016 out of DeSoto High School in Texas and chose to go to Oklahoma State over offers from Arizona State, Oregon State and SMU.

During his time in Stillwater, Brown had plenty of competition, sitting behind players like Justice Hill, Chris Carson, and Chuba Hubbard.

Brown excelled filling in for two games in 2020 while Chuba Hubbard was injured, rushing for 103 yards against West Virginia and 110 yards against Kansas State.

Brown was expected to play a larger role in the Cowboys’ offense in 2021, but he suffered an injury against Boise State and only played four games.

During his time at Oklahoma State, Brown rushed for a total of 1,129 yards.

Along with Brown, Oklahoma State will also be losing running backs Jaylen Warren, who has exhausted his eligibility, and Dezmon Jackson, who is in the transfer portal.

There was speculation on whether Brown would get a medical redshirt for 2021 and return for another season since he only played in four games, but Brown is ready to move on and so too will the Cowboys.