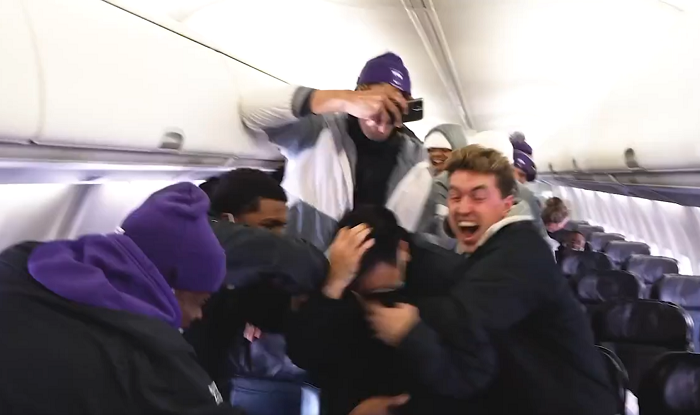 It’s always great to see a player get a scholarship, and it’s even better when the team does it in a surprising fashion that gets attention on social media.

That’s exactly what happened for TCU’s Harrison Young, who was surprised with a scholarship on the team plane on Friday.

Here’s the video as everyone from the staff, team and even the flight attendants were in on the surprise.

Young has played sparingly this season, appearing in just a couple of games. But this is more about college athletics and programs doing right by guys who show up every day, help the team behind the scenes and in practice, and now get rewarded by the athletic department.

TCU basketball is off to a surprisingly good start at 12-3 and 2-2 in Big 12 Conference play. The Horned Frogs are traveling to take on Iowa State in Ames on Saturday, with tip off set for 3:00 on ESPN2.