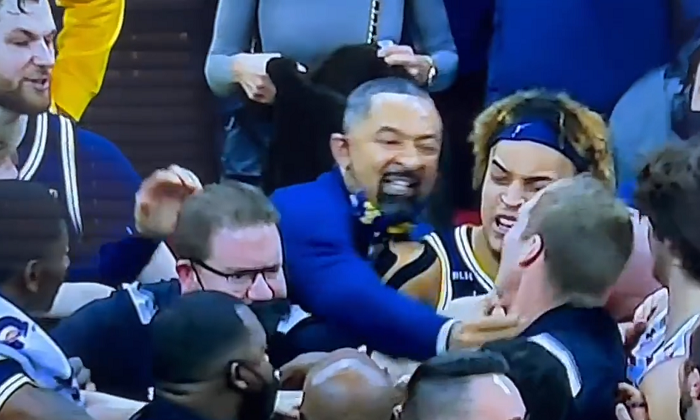 Sunday featured a Big Ten match up between Michigan and Wisconsin, and as the game wrapped up and the handshake line was taking place following a Badgers victory, things turned ugly.

Michigan head coach and legendary alum Juwan Howard got into a confrontation with the Wisconsin coaching staff, which resulted in him slapping one of Wisconsin assistant coach Joe Krabbenhoft.

Take a look at the video below.

Howard has to be punished for this. A lengthy suspension, at least, is in order. It’s easy to make the case that this should result in him losing his job at Michigan, especially given the fact that he has a history of this.

Remember, last year during the NCAA Tournament, Howard got into it with the Maryland bench which resulted in him being ejected.

So what happens now to Howard?

This is another example of terrible leadership from Howard. We’ll see if his alumni star status is enough to save his job.

UPDATE: Here is what Juwan Howard had to say for himself after the game.