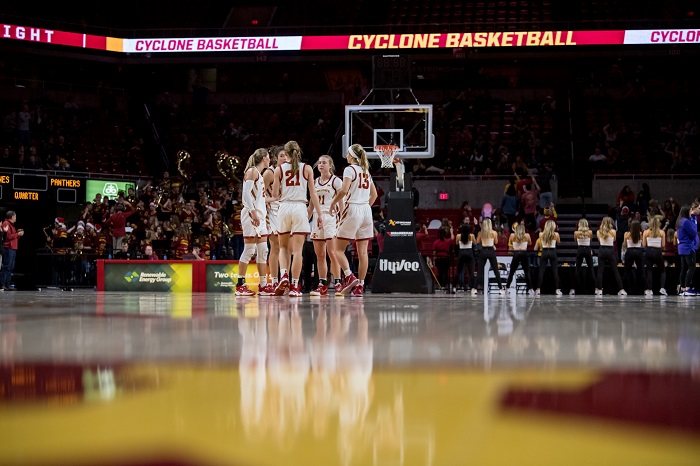 Baylor moved up and Iowa State moved down, but both are still in the Top 10 of the newest AP Top 25 Women’s Basketball Top 25 released on Monday.

Two other Big 12 teams were in the Top 25, while one other received votes.

The ranked Big 12 teams include:

Baylor (21-5, 11-3) cruised through a pair of wins over TCU last week beating the Horned Frogs, 80-55 and 78-59. This week the Bears — who are tied for the Big 12 lead with Iowa State — travel to Oklahoma State on Wednesday and then host Kansas on Saturday.

Texas (19-6, 9-5) swept its two games last week, defeating Iowa State, 73-48, in Austin and then beating West Virginia, 67-58, in Morgantown on Sunday. The Longhorns don’t have a ranked team left on their schedule. The Longhorns are at Kansas State on Wednesday and then hosts TCU on Saturday.

Iowa State (22-4, 11-3) split last week, falling to Texas, 73-48, and then bouncing back with an 89-67 win over Oklahoma. Cyclones guard-forward Ashley Joens became the Cyclones’ all-time leading scorer. The Cyclones are at Kansas on Wednesday and then hosts Texas Tech on Saturday.

Oklahoma (20-6, 9-5) is in the first true slump of its season having lost its last three games. Last week the Sooners fell to Texas Tech, 97-87, and then Iowa State, 89-67. The Sooners have two chances to stop the bleeding this week, with a trip to TCU on Wednesday and a home game against Kansas State on Saturday.