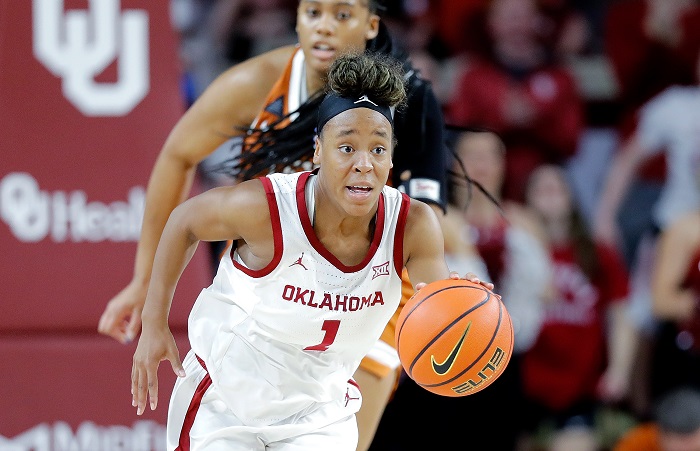 The Big 12 is prominent in the latest NCAA Tournament Women’s Bracketology at ESPN, with four teams making it into the Top 12 seeds of the projected field.

Baylor and Iowa State remained No. 2 seeds after last week, even though Iowa State split, as  Texas dismantled the Cyclones, and then Iowa State bounced back to handle Oklahoma. Baylor, meanwhile, won both of its games with TCU.

The Bears and the Cyclones still have a meeting, one that will likely decide the Big 12 regular-season crown.

Texas, which also beat West Virginia last week, remained a No. 3 seed, which is where the Longhorns moved to after beating Iowa State last week. The Longhorns have five games remaining.

Oklahoma is in its first significant slump of the season, having lost three straight games. But, despite that, the Sooners are still projected to be a No. 3 seed, based on their overall body of work.

The other two Big 12 teams in the field are Kansas and Kansas State. Kansas has a big week ahead, with games against Iowa State and Baylor.

Kansas State and Oklahoma Remain On NCAA Bracketology Bubble
No. 1 Running Back Richard Young Set to Visit Oklahoma
To Top