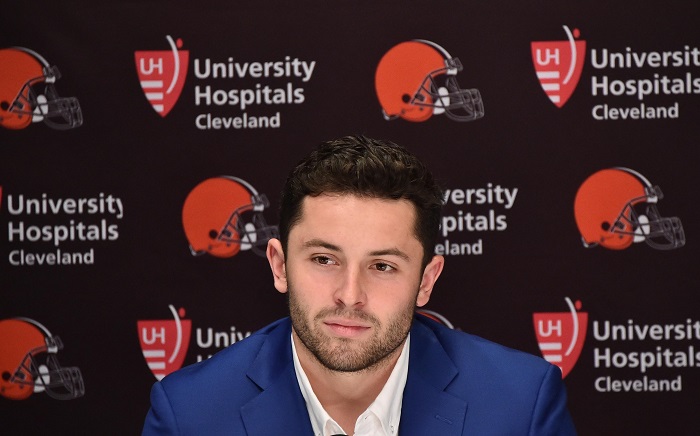 When Baker Mayfield was selected first overall in the 2018 NFL Draft, the Browns were hoping that they had found the man who would lead them to the promised land.

After a 2021 season in which Mayfield battled through a torn labrum and struggled down the stretch enroute to an 8-9 record, it seems that the pressure is on for the former Oklahoma Sooner to succeed.

Former Baylor quarterback and Heisman Trophy winner Robert Griffin III, who now works as an analyst for ESPN, believes the Mayfield’s job is on the line heading into next season.

“…I think Baker’s under the most pressure of anybody in the league,” Griffin said. “He’s got more pressure on him than Aaron Rodgers’ bowels did during his 12-day cleanse.”

Mayfield, who led the Browns to the postseason and a Wild Card win over the Steelers in 2020, is going to need to reach the Super Bowl if he wants to remain in Cleveland, according to Griffin.

Mayfield is entering the final year of his rookie contract, but will that be his last year in Cleveland or will he pull off a season like Joe Flacco in 2013, who led the Ravens to a Super Bowl win and then signed a six year, $120 million deal to stay in Baltimore?

While the future of Baker Mayfield in Cleveland is up in the air, the pressure continues to mount entering this season.