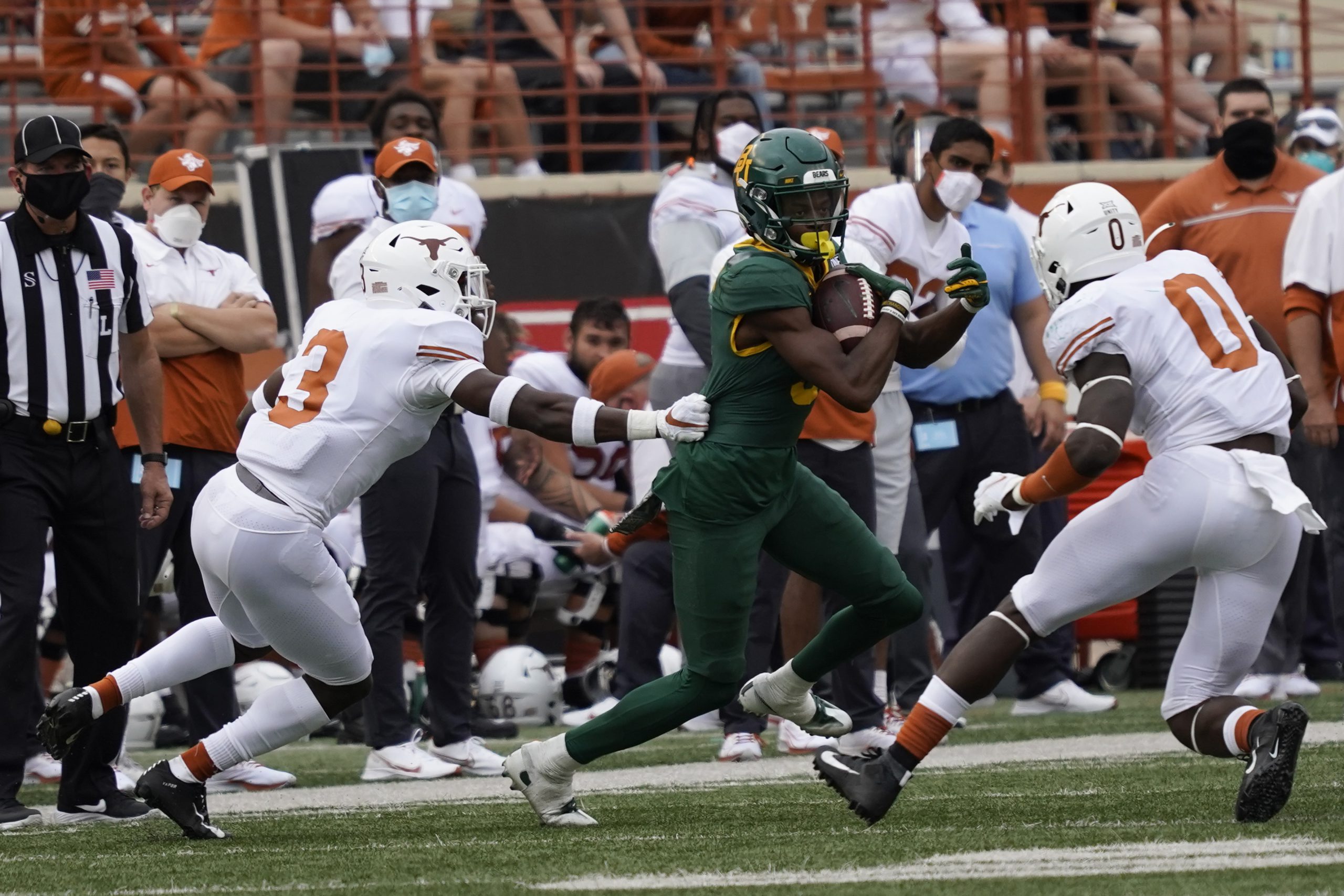 Thornton is participating in the NFL Combine and his 40-yard dash was clocked in, unofficially, at 4.21 seconds. If that time holds, it will be the fastest 40-yard dash ever.

If this ultimately holds, this is blazing fast. And yes, faster than Usain Bolt, who once ran a 4.22-second 40-yard dash at a Super Bowl.

Thornton was a big-play threat at Baylor, where he had 62 receptions last season for 948 yards and 10 touchdowns, earning himself second-team All-Big 12 honors.

The current record for fastest 40-yard dash at the combine is held by John Ross, who clocked in a 4.22 seconds in 2017. Ross was drafted No. 9 overall that year. It remains to be seen whether Thornton’s historic 40 time will send him soaring up mock drafts, but once made official, this run will go down in the record books.

Dick Vitale Releases His Big 12 Basketball Awards
Breece Hall: ‘I’m the Best Running Back in this Draft’
To Top