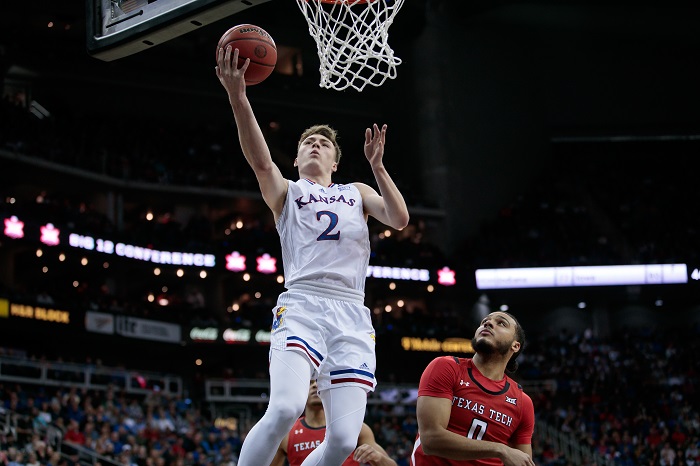 Kansas and Baylor both secured No. 1 seeds in the NCAA Men’s Basketball Tournament after putting together impressive seasons in the nation’s toughest conference. They also secured spots in the top five of the AP Poll after nearly identical resumes going into the Big 12 Tournament.

The Jayhawks just won the Big 12 conference tournament and in impressive fashion to boot. Their closest game in Kansas City was a nine-point victory over Texas Tech in the Championship game and even in that contest, they controlled the flow of the game. Now sitting at 28-6, KU has moved up three spots to No. 3 in the final AP Poll of the 2021-22 season.

The Jayhawks’ regular-season co-champion counterparts, the Baylor Bears, had a disappointing early exit in the Big 12 Tournament at the hands of Oklahoma. However, their resume up to that point speaks for itself.

Through several injuries and obstacles, the defending national champions were able to secure a one-seed in the 2022 NCAA Tournament after a 26-6 season. Their journey through the Big 12 with just four conference losses in the regular season was good enough to earn them the No. 4 spot in the final poll.

Gonzaga and Arizona are ranked one and two, just ahead of Kansas and Baylor, while the Tennessee Volunteers rose four spots in this week’s poll to claim the final spot in the top five.

Both Kansas and Baylor are among the favorites to cut down the nets in New Orleans, and there is no doubt about them being battle-tested going into the tournament. Both of these teams showed grit during Big 12 play and that alone should make them both a force to be reckoned with in the Big Dance.