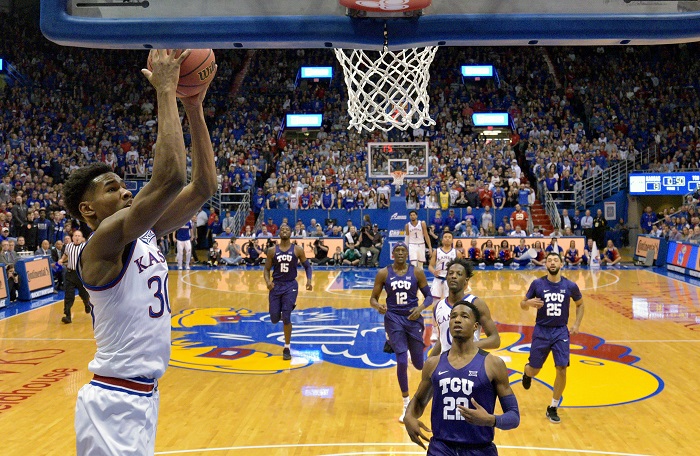 Agbaji is Kansas’ latest first-team all-American, with the last being Devonte’ Graham in 2018. Graham went on to being named a consensus all-American, and the AP selection puts Agbaji halfway there.

Agbaji just led the Jayhawks to the Big 12 Tournament championship and the No. 1-seeded Jayhawks will open the NCAA Tournament Thursday night in Fort Worth. He was named the Big 12 Player of the Year by the league’s coaches and by Heartland College Sports.

After the Big 12 Tournament, he is averaging 19.7 points per game, shooting 40.5 percent from the 3-point line and averages nearly three made 3-point field goals per game.

Akinjo, who transferred to Baylor from Arizona last offseason, made the third-team after leading the Bears to a second straight Big 12 regular-season title. He was named First-Team All-Big 12 by the coaches. He is averaging 13.4 points per game and has a team-leading 170 assists.

Despite a loss in the Big 12 quarterfinals, the Baylor Bears are a No. 1 seed in the NCAA Tournament and will open action on Thursday against Norfolk State. Both Baylor and Kansas are playing their initial NCAA Tournament games at Dickies Arena in Fort Worth. The Bears should have forward Kendall Brown back for Thursday’s game.

Both Baylor and Kansas finished in the Top 5 of the final AP Top 25.