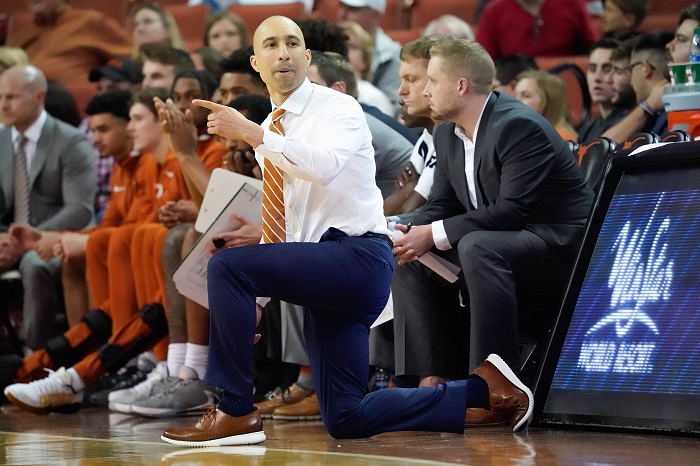 Former Texas coach Shaka Smart and his Marquette Golden Eagles are in Fort Worth preparing for one of the most intriguing games of the first round when his team faces North Carolina.

Shaka Smart went 19-12 in his first year as the Golden Eagles head coach and is looking for his first tournament win since 2012-13 when 12-seed VCU defeated 5-seed Wichita State in the opening round.

Of course, that was the year following VCU’s magical run to the Final Four that really put Smart on the map.

Now, as he prepares for the 8-seed UNC, Smart was asked about how it feels to come back to Texas after being the head coach in Austin for six seasons.

“Just happy to be here,” Smart said. “Excited to be in Fort Worth. I mean, it — at the beginning of every season, I always look at the NCAA tournament sites. And in this case this year, our home court is one of them; so there were only seven that we could go to. So I knew it was going to be one of the sites. And, you know, we’re excited to be here.

“I’ve coached one game previously in Dickies Arena. It’s a wonderful place. You know, great fans, basketball fans in this area of the country. So I’m just happy to be here with our guys and excited about the opportunity we get to play.

“You know, in my opinion of probably the most historic basketball program in college basketball. And there’s not a group of guys I’d rather be here with.”

Smart and the Golden Eagles are currently 3.5-point underdogs to North Carolina, a game scheduled to tip-off at 3:30 p.m. CT.

Four Reasons Why K-State Football Could Contend for the Big 12 in 2022
Big 12 Baseball: Weekend Preview as TCU and Baylor Open Up Conference Play
To Top