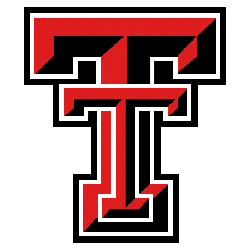 Texas Tech forward Kevin Obanor found himself in rare company in the NCAA Tournament after his performance against Notre Dame on Sunday.

With his 15-point, 15-rebounds game against the Fighting Irish, Obanor became just the fourth player in the last 50 years to record five straight double-doubles in his first five NCAA Tournament games.

LSU center Shaquille O’Neal did it in five games over three NCAA Tournaments from 1990-92 before he turned pro.

Indiana State forward Larry Bird did it in the 1979 Tournament, when he led the Sycamores on a five-game run to the championship game before losing to Earvin ‘Magic’ Johnson and the Michigan State Spartans. After that he left to join the Boston Celtics.

Xavier forward Derek Strong, who did it in five games over three NCAA Tournaments from 1988-90. He was a second-round pick of the Philadelphia 76ers and carved out a 13-year professional career.

In the Sweet 16, ORU fell to Arkansas, but Obanor had 12 points and 11 rebounds.

Obanor transferred to Texas Tech in the offseason, and he picked up right where he left off when the Red Raiders opened this tournament against Montana State.

Obanor had 10 points and 11 rebounds in the first-round win over Montana State.

The Red Raiders face Duke in the Sweet 16 at the Chase Center in San Francisco on Thursday.