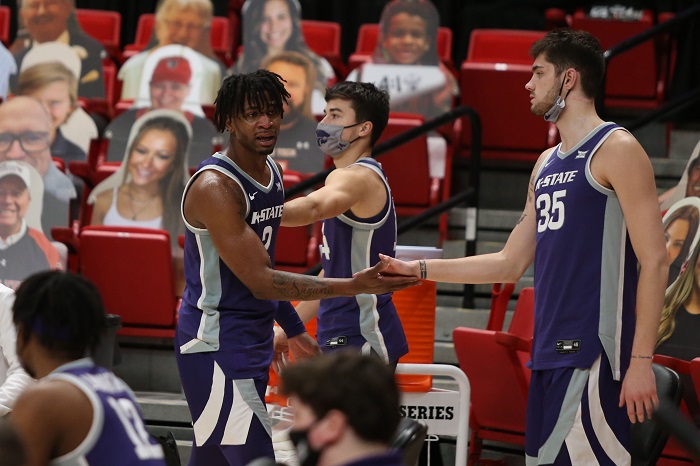 Kansas State’s Selton Miguel has reportedly submitted his name to the transfer portal, making him the first Wildcat to do so this offseason.

The report comes just a day after new head coach Jerome Tang had his introductory news conference as he takes over the program. It also comes less than a week after sophomore guard Nijel Pack declared for the NBA Draft.

Miguel’s submission to the portal was reported by Jake Weingarten of Stockrisers.com.

He was a starter for most of his freshman season, as former head coach Bruce Weber pushed his freshman class into primary roles in 2020-21. Last summer, Miguel played with the Angolan national team during Olympic qualifying, which some saw as a prelude to a bigger role with Kansas State.

Miguel didn’t start regularly in 2021-22, but he did average 7.2 points, 4.0 rebounds and 1.7 assists per game. He matched his scoring average from his freshman season and bettered his rebounding average by nearly a board per game.

*-Has indicated he may return