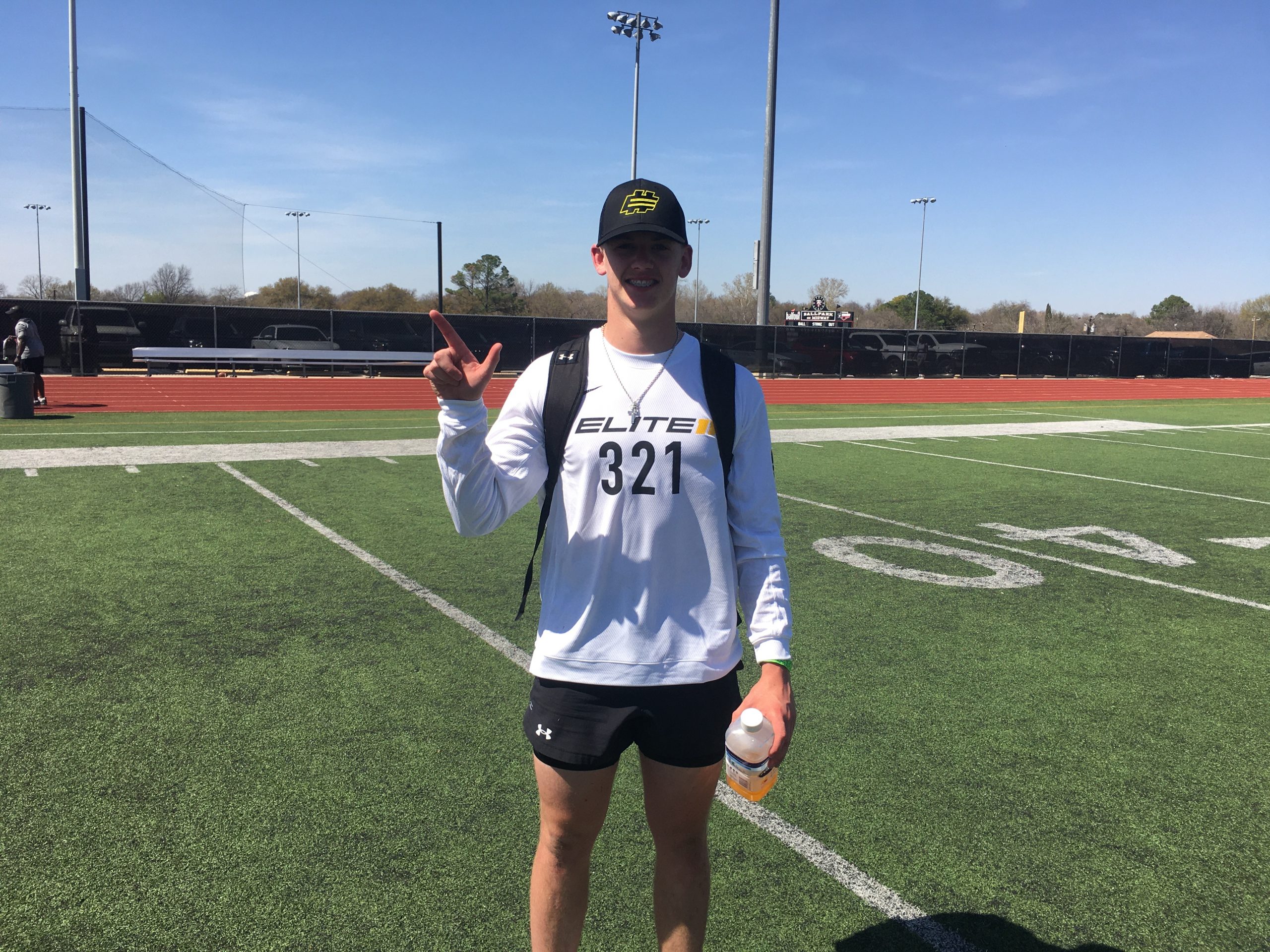 On Sunday afternoon over 100 quarterbacks showed up at Trinity High School in Euless, Texas to compete in the Elite 11 Dallas Regional. Despite the amount of quarterbacks competing only two of them got an invite to the Elite 11. While Jake Strong didn’t get an invite, he still was extremely impressive.

Jake is the 2023 quarterback commit for Texas Tech out of Northwest High School in Justin, Texas. He has been committed to the Red Raiders since January and had plenty to say about his future school and head coach when I got the chance to speak with him after the regional.

HCS: What did you think about your performance at the Elite 11 regional?

Jake: “I think I did really well. I ran well, tested well and on the station stuff I was really crisp and clean in that aspect. Obliviously I could have done better in my opinion because I always think like that but overall, I think I had a really good day.”

HCS: What are you looking to improve on the most this offseason?

Jake: “The mental aspect to become a better student of the game. Also, I want to continue to refine my mechanics by throwing the ball the right way”

HCS: What is Texas Tech Head Coach Joey McGuire like? What drew you to him?

Jake: “He and I have a really great relationship. We are super close, and we talk at least once a week if not more. He’s real. What you see is exactly what you get. Overall, he is just a really great guy to be around. It’s hard to describe it because you just have to be around him to experience it. He’s super real and super honest and is really energetic.”

HCS: When will you visit Lubbock again?

Jake: “I will be back in Lubbock on April 2nd and will be back again for the spring game. If I can make it work with my schedule, then maybe a practice as well.”

HCS: What’s the one thing you have to do before every game?

Jake: “For me it would be to study film. I constantly spend hours watching it and just studying to get any kind of advantage that I can. When you watch film it’s like trying to find out the answers to a test before you take it.”