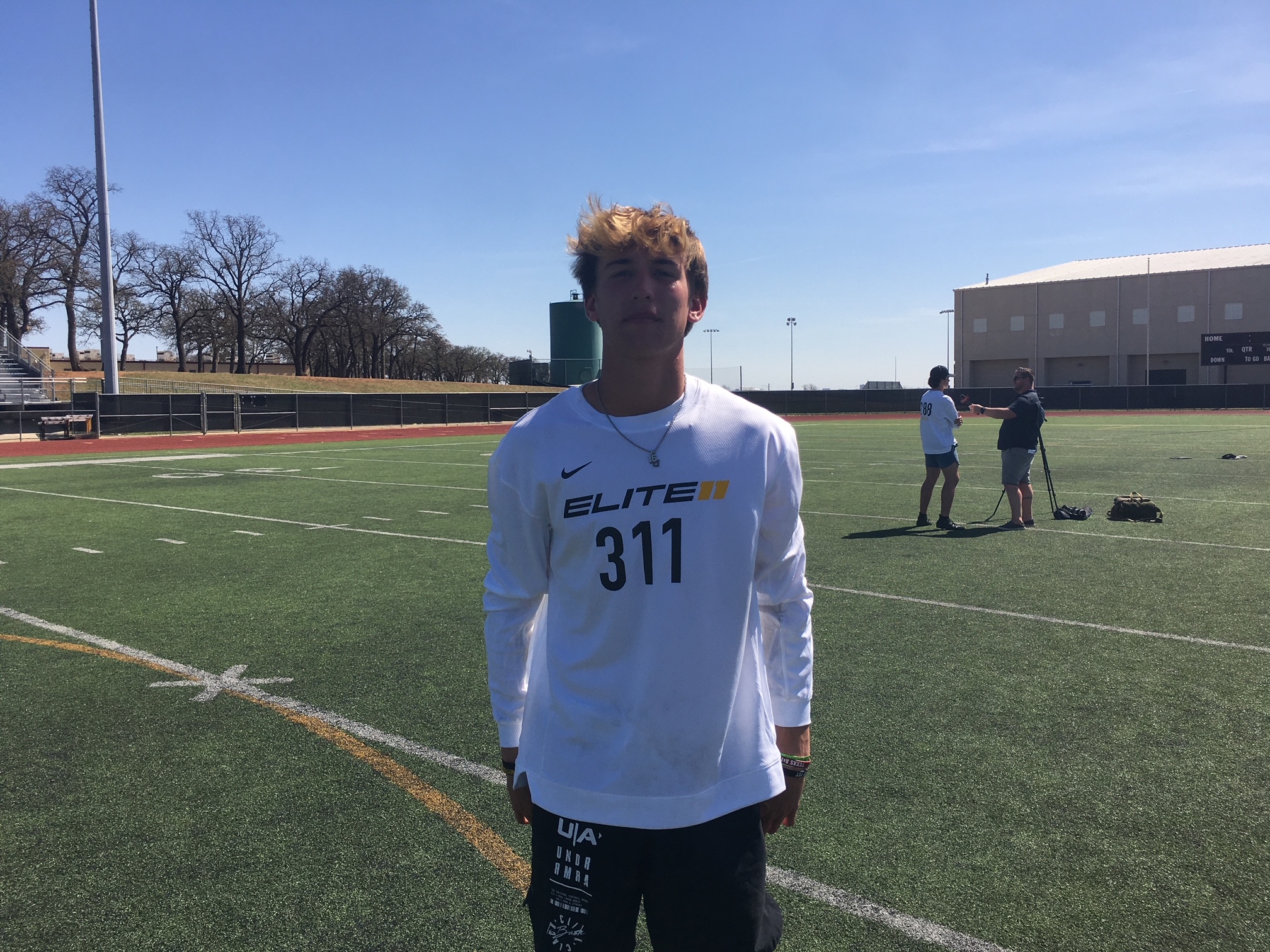 On Sunday afternoon over 100 quarterbacks showed up at Trinity High School in Euless, Texas to compete in the Elite 11 Dallas Regional. Despite the amount of quarterbacks competing only two of them got an invite to the Elite 11 and one of those invites went to Austin Novosad.

Austin is the Baylor 2023 quarterback commit out of Dripping Springs High School in Dripping Spring, Texas. He has been committed to Baylor since December and he had plenty to say about the Bears and his performance on Sunday.

HCS: How did you feel like you performed today?

Austin: “I came out here with the goal to get an invite and came out here to show what I had. There were a lot of different throws and I felt like I did good and to get the invite to the finals was exciting.”

HCS: What are some things you want to work on this offseason?

Austin: “From a team standpoint I would say more leadership to be that guy on the team. From my own standpoint it would be extending plays with my feet and getting outside the pocket to make throws.”

HCS: How is the 2023 class going to shape up for Baylor in your eyes?

Austin: “We are recruiting the 2023 kids now and trying to build the best class we can with coach Bell and coach Grimes trying to get the best players we can. We are all recruiting our butts off trying to make that happen.”

HCS: What is Dave Aranda like from your perspective?

Austin: “The part of my commitment was me loving him so much. He really emphasizes person over player and if you talk to any guy on the Baylor football team, they are going to be a great person before they are a great player and they show that in their game.”

HCS: Are anything other schools still calling you?

Austin: “Very few but I am still locked in with Baylor.”