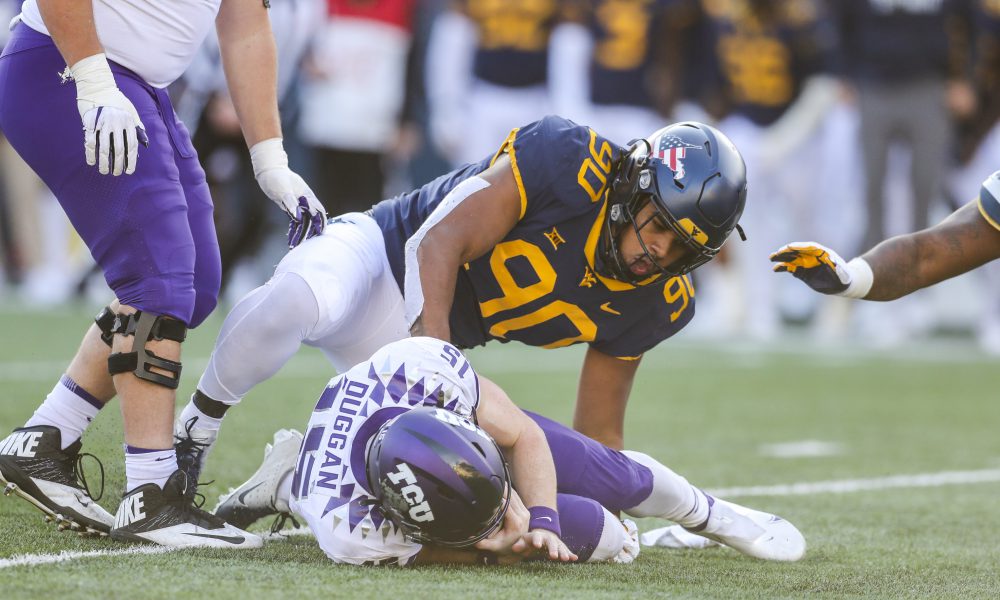 West Virginia’s defense will be missing one of its elite players up front next season as Akheem Mesidor has entered his name in the NCAA Transfer Portal.

Mesidor, a junior from Clearwater Academy (FL), was a critical part of the Mountaineers’ defense over the past two seasons, collecting 70 tackles, 14.5 TFL’s, and 9.5 sacks in that time.

In his two seasons, Mesidor was also a two-time All-Big 12 Selection, a second-team selection in 2020 and an honorable mention in 2021. After his freshman year (2020) he was also named a Freshman All-American alongside WVU center Zach Frazier, who Mesidor went head-to-head with in practice every day.

During his press conference on Thursday, head coach Neal Brown said that he was “surprised” and “hurt” by Mesidor’s decision. Mesidor is sitting out this spring after sustaining an upper body injury against Minnesota in the Guaranteed Rate Bowl.

The Mountaineers are losing talent left and right on the defensive side of the football, as Mesidor is the fourth starter to leave after the Bowl game, joining CB Darryl Porter Jr., LB Josh Chandler-Semedo, and CB Nicktroy Fortune.