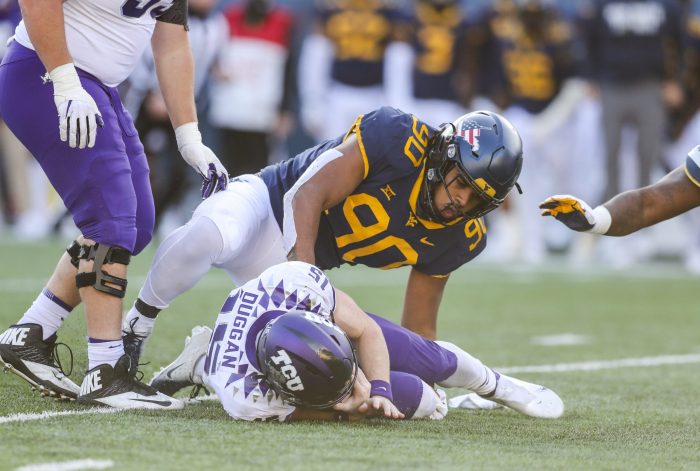 Akheem Mesidor took everyone by surprise when he decided to enter his name into the transfer portal, but his explanation for leaving Morgantown will be what’s remembered about this story.

After head coach Neal Brown announced that Mesidor intended to leave, the Mountaineers defensive lineman went to social media to give an explanation, and it caught everyone involved off guard.

“Despite the recent media conference and public speculation, I have decided to transfer for my overall well-being and in pursuit of a better environment for my development on and off the field,” Mesidor wrote. “These last 48 hours have been extremely challenging and at times I felt unsafe on campus.”

According to Mike Casazza of 247Sports, the story goes even further than that as Mesidor told 247Sports the following.

“Everybody messaged me on social media insulting me and my family,” he said. “Also, not too long ago, one of our teammates was stabbed, so what could really happen?”

“Student safety is a focal point for every unit on this campus. West Virginia University works daily to provide a safe environment for all its students,” athletic director Shane Lyons told 247Sports. “I was surprised to read Akheem’s remarks. Our coaching staff works tirelessly to provide an environment in which our student-athletes can reach their full potential on and off the field. A positive student-athlete experience will always be the priority in our department.”

The stabbing incident involved Mountaineers defensive back Saint McLeod, who required surgery after suffering “severe lacerations to the back and stomach.” Mesidor didn’t elaborate any further on the incident.

This development comes after Neal Brown scheduled an impromptu press conference on Thursday to announce Mesidor’s intentions, saying that he was “very surprised” and “hurt” by Mesidor’s decision.