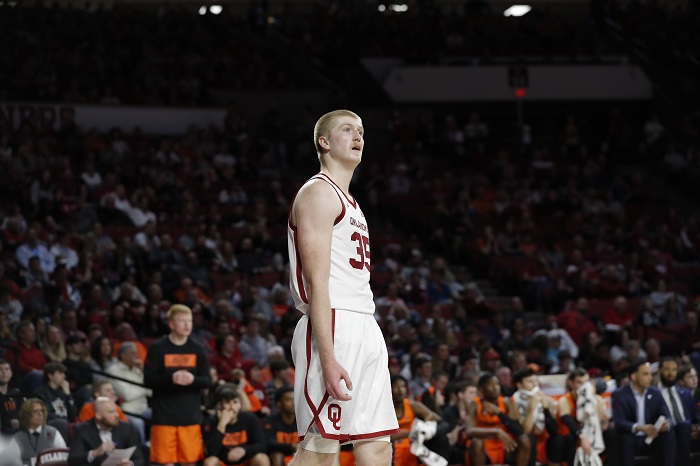 Bill Self and the Kansas Jayhawks know North Carolina forward Brady Manek well. But they may not know THIS Manek as they prepare for Monday’s national title game.

Manek, who transferred to North Carolina after four seasons at Oklahoma, is playing perhaps the best basketball of his career as the Jayhawks and the Tar Heels square off at 8:20 p.m. central on Monday night.

Self knows it, and he thinks he knows why.

“(North Carolina head coach) Hubert’s (Davis) given him a free mind that he (Manek) feels like that anytime he’s got any separation at all, he needs to let it fly,” Self said.

The Jayhawks watched Manek let it fly for the Sooners for four seasons under former head coach Lon Kruger. The Oklahoma native considered it a privilege to be able to play for the state’s flagship school. Manek never averaged fewer than 10 points per game with the Sooners. While he was overshadowed his freshman year by Trae Young, Manek was the Sooners’ most consistent player for four seasons.

At times, he was a thorn in Kansas’ side, too. But the Tar Heels are also using Manek a bit differently than Oklahoma used him.

“Playing him at OU, you had you to defend him probably a little more at the post,” Self said. “And now obviously with (Ar)Mando (Bacot) in the game he’s playing primarily on the perimeter.”

Gone is the alternating crew cut and ‘Larry Bird’ ’do. Manek has grown that beard out to near-mythic proportions, allowed his hair grow to the point where he needs a headband to keep it out of his face and grown to cult-like status among UNC fans in just one season.