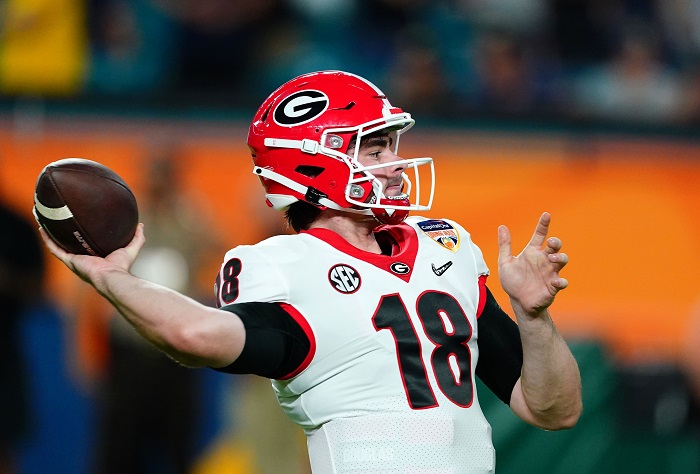 According to Pete Thamel, Daniels told ESPN that he called Neal Brown on Wednesday morning to give him the news.

Daniels will immediately push for the starting job as freshman Nicco Marchiol and sophomore Garrett Greene were set to battle for the job ahead of his decision.

Daniels was the biggest target remaining in the transfer portal, and is a huge get for Brown and company, especially with the loss of Jarret Doege this offseason.

Listed at 6-3, 210-pounds, Daniels was listed as a five-star prospect out of high school before committing to USC. After things didn’t pan out with the Trojans, Daniels made his way to Georgia, where he was 7-0 as a starter over the past two seasons.

Ina conversation with ESPN, Daniels seemed excited about his new opportunity with the Mountaineers.

“Going up and down the roster, I feel like they have very, very good pieces everywhere,” Daniels told ESPN in a phone interview. “It feels like a great fit for quarterback. I feel like there’s a really, really, really good team that I’m going to step into and do my part to contribute.”

It came down to West Virginia, Missouri, and Oregon State in the end, but the Mountaineers prevailed in a transfer battle that could very well define their 2022 season.