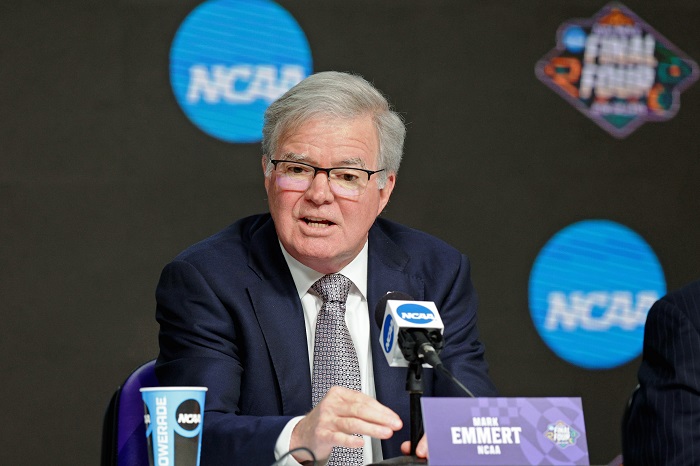 NCAA President Mark Emmert announced on Tuesday that he will be stepping down after his replacement is selected, effective on June 30, 2023.

In an NCAA Press Release, it was revealed that Emmert and the NCAA Board of Governers mutually agreed that it was time for a change in leadership.

“Throughout my tenure, I’ve emphasized the need to focus on the experience and priorities of student-athletes,” Emmert said in a statement. “I am extremely proud of the work of the Association over the last 12 years and especially pleased with the hard work and dedication of the national office staff here in Indianapolis.”‘

The entire landscape of college athletics has been under major renovation as name, image, and likeness (NIL) and the Transfer Portal have become fixtures in headlines for the major implications they have had on sports thus far.

“With the significant transitions underway within college sports, the timing of this decision provides the Association with consistent leadership during the coming months plus the opportunity to consider what will be the future role of the president,” NCAA board of governors chair John J. DeGioia said in a statement. “It also allows for the selection and recruitment of the next president without disruption.”

One of the major transitions that DeGioia speaks of is the new “rule book” that NCAA members will be following for the foreseeable future.

The NCAA’s new constitution, which was voted on and accepted back in January, makes several changes to the language concerning NIL, making student-athletes a part of the voting process, and other major revisions.

The previous constitution was a 43-page document that was extremely complex and outdated, but the new constitution will be boiled down to 20 pages and will give each of the NCAA’s three divisions more freedom to govern themselves.

Emmert will have served as NCAA President for over 13 years when he steps down next June, and was the NCAA’s fifth president. Selecting the proper replacement will be vital, as the next president will be tasked with getting the organization through one of the most pivotal transitions in the organizations 112 year history.