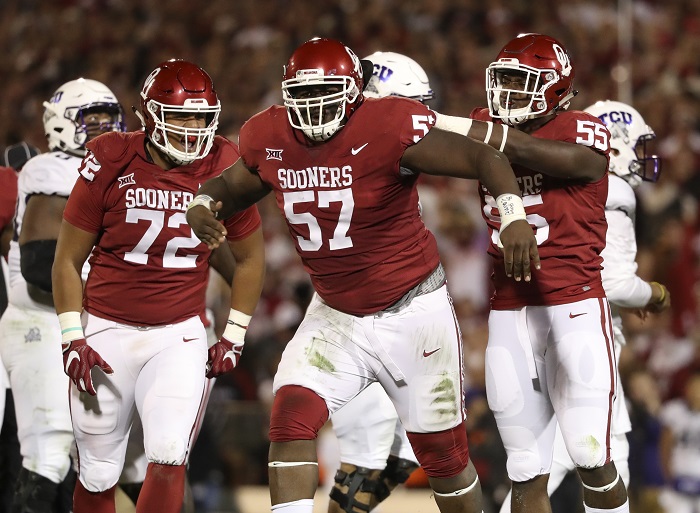 Former Oklahoma defensive lineman Du’Vonta Lampkin, 25, was killed in a shooting on Thursday according to the Dallas Police Department.

Dallas PD was investigating a homicide after officers responded to a call about a shooting.

“Upon arrival, officers discovered Du’Vonte Lampkin, a 25-year-old male, lying on his back with a single gunshot wound,” Dallas PD said. “Dallas Fire and Rescue responded and the victim died at the scene.”

According to police, a witness said that they went to check on Lampkin because he wasn’t answering his phone and upon investigating found him wounded and called 911.

The University of Oklahoma released a statement to Lampkin’s family and loved one, offering their condolences.

Lampkin started his career at Oklahoma in 2015, redshirting and then appearing in five games as a redshirt freshman in 2016. He broke out in 2017 for the Sooners, appearing in 12 of 14 games, including two starts, and recorded five tackles for loss and one sack to help OU to a Big 12 regular-season title and championship game over TCU.

In his final game as a Sooner, Lampkin recorded two tackles in the 2018 Rose Bowl 54-48 overtime loss to Georgia in the 2018 College Football Playoff semifinal.

After that game, Lampkin decided to forego his final two seasons of college eligibility to declare for the 2018 NFL draft where he went undrafted but spent time with the Baltimore Ravens and the Tennessee Titans in preseason minicamp.