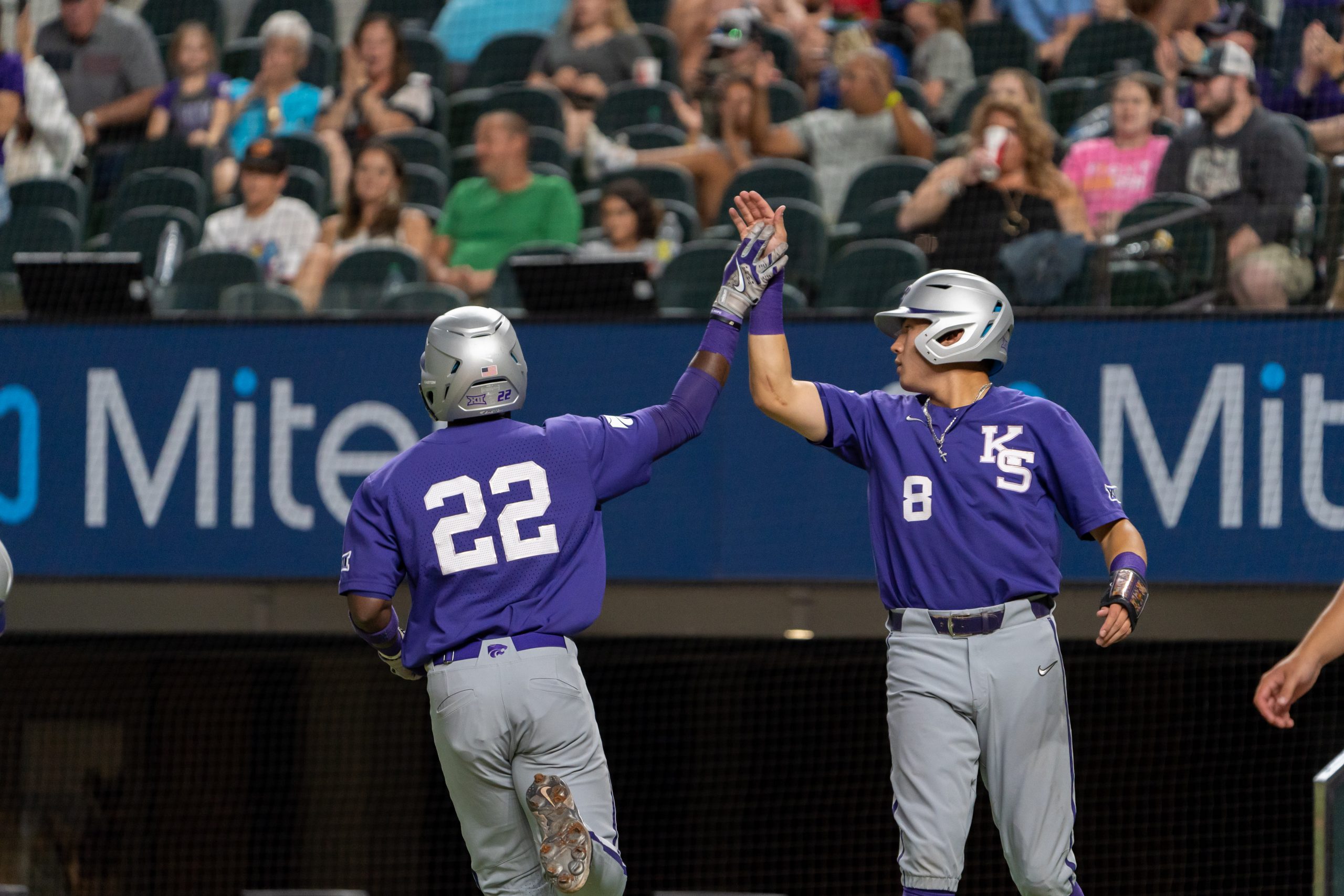 Friday is elimination day for the Big 12 Conference Baseball tournament. We have completed two full days of Big 12 action as we are finally getting down to the last six teams.

For the second game on Friday, it was a matchup between two seeded Texas Tech and number seven Kansas State. The Red Raiders started the tournament with a win over Kanas State before losing to Oklahoma on Thursday night. After Kansas State’s opening loss to Texas Tech, they were able to stay alive and advance with their win over West Virginia on Thursday. With each team having one loss, it was win or go home and the Wildcats were able to stay alive to advance. Here are my three thoughts on Kansas State’s win over Texas Tech.

I know that this is a term normally used for March Madness but there was plenty of craziness on Friday night for Kansas State. They have now had to win back-to-back elimination games over the last two days, and they will once again need some more of that magic on Saturday against a red-hot Oklahoma team. For whatever reason Kansas State has seemed to do well in the Big 12 tournament and even made it to the semi-finals a year ago. The big question is, can they finally make it to the finals? We will find out on Saturday.

This game started at 8 p.m. central time on Friday and didn’t end until after midnight. While some people were sleeping, I was soaking in every second of this late-night matchup. Kansas State got the game started early on with their 3-0 lead, but Texas Tech came storming back and even took the lead. Brady Day would end up tying the game at four in the seventh inning before Dillon Carter put Texas Tech back on top later in that same inning. Of course, the craziness didn’t stop there as a wild pitch helped Kansas State tie the game with two outs in the ninth inning.

A squeeze play would give Kansas State the lead in extra innings and then first baseman Dylan Phillips would step on the mound to close the game out for Kanas State. This game had a little bit of everything and if you were brave enough to stay awake for it then you certainly witnessed probably the best game of the tournament so far.

The good news is that Texas Tech will be in the field of 64 despite getting eliminated in just three games this weekend. However, as of right now, D1 Baseball has Texas Tech on the outside looking in when it comes to potentially hosting a regional next week. The Red Raiders could have used a nice boost before selection Monday by winning a few games in the Big 12 Conference baseball tournament. Now with them gone before the semi-finals, the Red Raiders may need some help to potentially bring a regional to Lubbock.