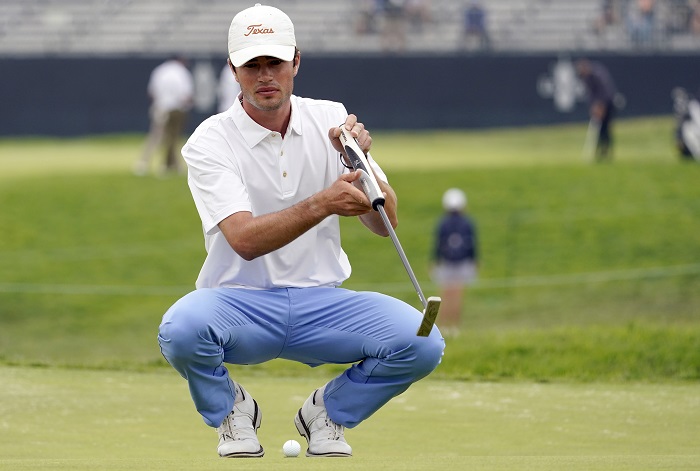 Travis Vick clinched the title for the Longhorns in the final match, defeating Cameron Sisk, 1-up. Vick won the first three holes, but Sisk tied the match on the seventh. Vick won the 12th hole to break the tie and then held onto a 1-up lead for the final three holes.

Texas’ Mason Nome and Arizona State’s David Puig played to a draw after 18 holes and needed a 19th to decide the winner. Nome and Puig were tied on nine different holes, including the 18th, before Puig won the first playoff hole to take the match. That made Vick’s win the decisive match for Texas, as the matches ended at nearly the same time.

Cole Hammer lost the first match of the day for Texas, as he fell to Arizona State’s Mason Anderson, 3&2. Anderson grabbed a 1-up lead after the first holes and was 4-up by the seventh hole. The match ended after 16 holes.

Next, Parker Coody executed a match-play blowout, as he defeated James Leow, 6&5. Coody won the first, third, fourth, fifth and sixth holes to build a 5-up lead. The match ended after 13 holes.

Pierceson Coody beat Preston Summerhays, 2&1. Coody grabbed the lead on the second hole, built it up to three and then nearly lost it twice on the back nine, as Summerhays got the lead down to one hole on both No. 13 and No. 16. But, Coody won the 17th hole to claim the match for the Longhorns.