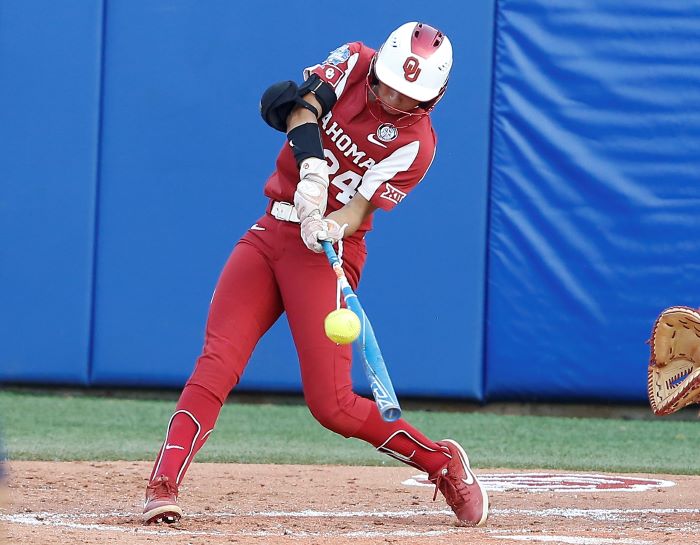 In the first inning of Game 2 of the WCWS Finals, Texas was threatening to blow the game wide open after building a 2-0 lead with Courtney Day up to bat.

Day has been hot in Oklahoma City, hitting three home runs in her last four games.

On a 1-0 pitch, Day lined it up and blasted one to deep center field, and it looked to be out of play and the Longhorns would have their largest lead of the season against Oklahoma.

Then, Jayda Coleman did this.

Here’s a photo as well.

Coleman’s play bailed out freshman Jordy Bahl, who is making her first start of the postseason after developing a stress fracture in her throwing arm at the end of the regular season.

Coleman has made plays like this throughout her first two years, but this one was on the biggest stage in softball. The play left her Sooners have a two-run hole to dig out of, rather than four runs, which is easily managable considering the offense that Oklahoma has played of late.