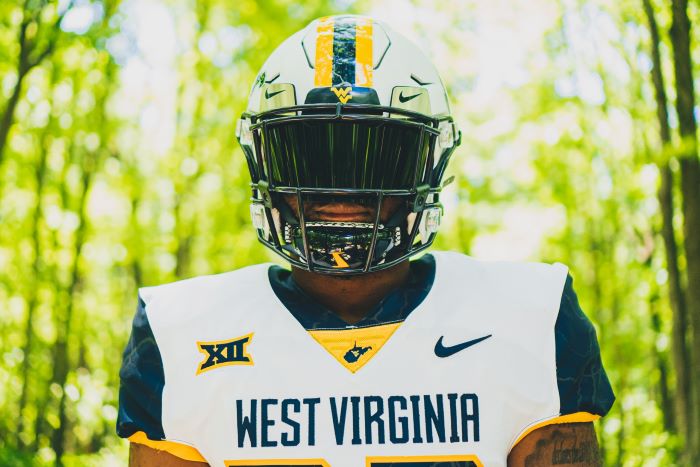 With the college football season just over two months from kicking off, the West Virginia Mountaineers unveiled a new uniform combination that they will be wearing when the open up their 2022 season against Pittsburgh in the Backyard Brawl.

Here is a look at the new threads, which pay homage to the Mountain State with maps of the state’s roads embedded in the fabric of the pants and jersey, giving it the “Country Roads” name.

The combination of blue and white give this a clean look and the yellow makes it “pop,” taking this combination to another level.

The uniforms are a “special edition” to be worn against Pitt, but it would be a shame for that to be the only time we see these beauties.

The clever use of John Denver’s tribute to the beautiful state of West Virginia makes this immediately one of the best uniforms that West Virginia has in its arsenal.

The use of the state outline looks great on the helmet and blends nicely as the logo and the pants and jersey.

West Virginia football, if you are reading this, we would like to be the first to formally request that these remain in the rotation every season.