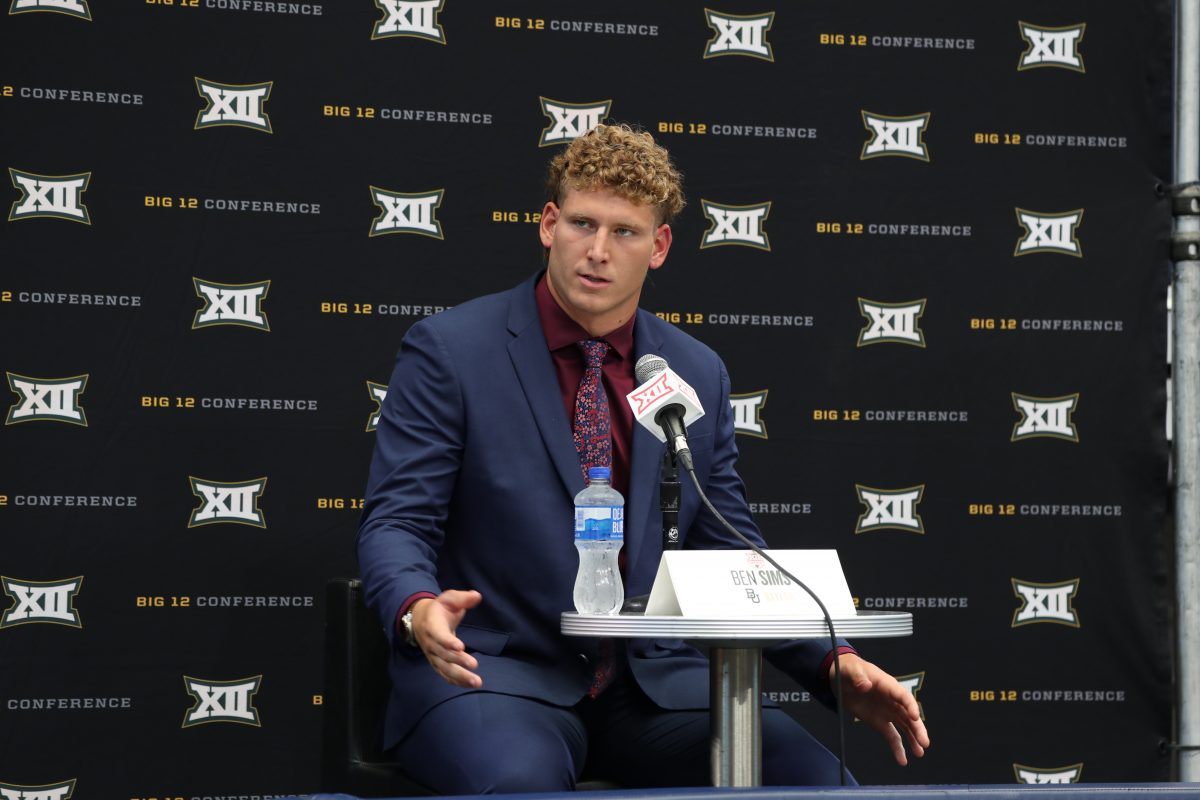 Baylor tight end Ben Sims might be the best returning tight end in the Big 12, and he’s already drawing from an NFL star for ways to improve his game.

Sims, who caught 31 passes a year ago and earned All-Big 12 Honorable Mention selection, is the All-Big 12 Preseason First-Team tight end entering the 2022 season. He would love to increase his production for quarterback Blake Shapen, who is taking over the reins full-time after his work filling in for former starter Gerry Bohanon, who is now at USF.

Sims has been watching a lot of tape this offseason, and not just his own. He has a NFL tight end that he’s watching for ways to improve his game, too.

“Most recently, it’s been George Kittle,” Sims said at Big 12 Media Days in Arlington, Texas. “So I like to watch a lot of film on the San Francisco Forty-Niners because what they do is very similar to how we run our wide zone scheme. But Kittle, you can see when he blocks he has an intent to him. He doesn’t just get in the way, he wants to dominate you and he wants to put you on your back and he wants to be the guy that’s making that wide zone play work. And his energy on the field is unmatched, how he plays, the way he treats his teammates. He’s a great teammate and a great player and a great person. So that’s what a lot of my game after.”

Baylor, led by Dave Aranda, is coming off a 2021 in which it went 12-2 overall and 7-2 in Big 12 action. The Bears won the Big 12 Championship Game for the first time and defeated Oklahoma State, 21-16, for their third Big 12 Conference title. The Bears then beat Ole Miss in the Sugar Bowl, 21-7. The Bears had the second-best scoring defense in the Big 12 (18.3 points per game) under head coach Dave Aranda and defensive coordinator Ron Roberts.

The Bears return 11 starters overall, but many of Baylor’s top returnees are on defense, including linebacker Dillon Doyle, who has now played 23 games for Baylor, and massive nose tackle Siaki Ika, who once played for Aranda’s defense at LSU. The Bears must replace some top talent on defense, though, including safety Jalen Pitre and linebacker Terrel Bernard, both of which were All-Big 12 last season.

The Bears open the season on Sept. 3 at home against Albany, followed by a road trip against future Big 12 foe BYU.