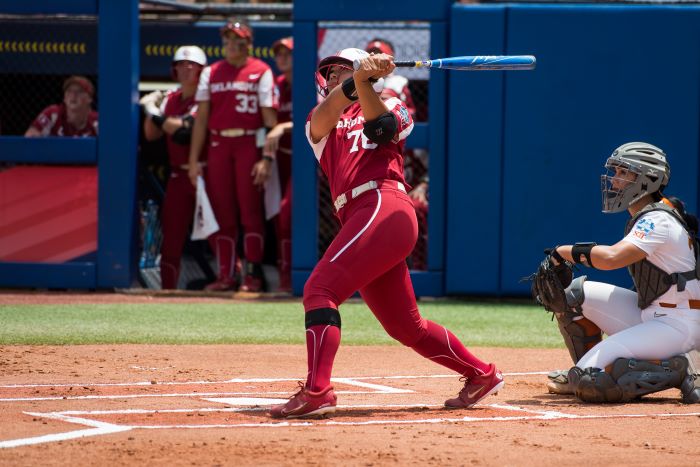 Former Oklahoma softball star Jocelyn Alo is fresh off a senior year in which she set the NCAA career home run record, which stands at 122, greatly outpacing the previous record of 95 set by Lauren Chamberlain.

Alo, one of the most decorated athletes in Oklahoma sports history, closed her college career as a two-time national champion, back-to-back winner of the USA Softball Collegiate Player of the Year and the NCAA career record holder for home runs, slugging percentage and total bases. She was also selected as a four-time NFCA All-American after and was selected to the First Team for the third time in 2022.

Now, she has added another merit to her list of accomplishments, as she was named the ESPY award winner for Best College Athlete, Women’s Sports on Tuesday. Alo was selected as the winner over fellow nominees Aliyah Boston (South Carolina, basketball), Jaelin Howell (Florida State, soccer) and Charlotte North (Boston College, lacrosse).

According to a press release from Oklahoma University, Alo became the first player in history to hit 30 home runs and bat .500 in the same season. She was also the first player to record three seasons of 30-plus home runs, accomplishing the feat in 2018, 2021 and 2022.

After a fantastic 2022 season, Alo is still up for two more ESPY’s: Best Record-Breaking Performance, and as a part of the Sooners who are up for the Best Team ESPY, which will air live on Wednesday night at 7:00 p.m. CT on ESPN.

Undoubtedly, Alo is one of the best athletes, regardless of sport, to come through the college ranks and her impact on softball will be felt for years to come.