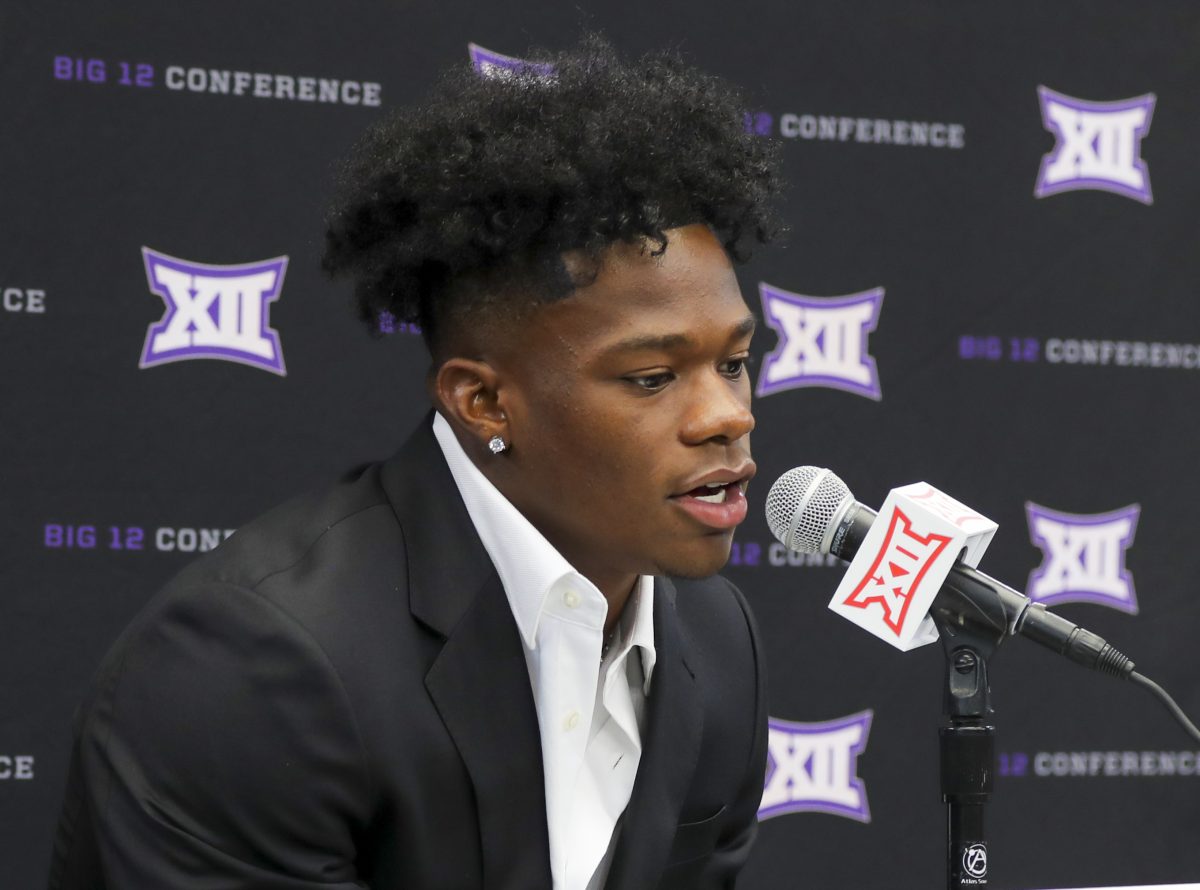 TCU cornerback Tre’Vius Hodges-Tomlinson says there’s a “show” that goes on during TCU practices and it’s a shame fans don’t get to see it.

The “show,” as the nephew of TCU legend LaDainian Tomlinson puts it, happens when the All-Big 12 cornerback goes up against All-Big 12 and TCU wide receiver Quentin Johnston.

Hodges-Tomlinson says they don’t shy away from the opportunity to test each other, either.

“I mean, it’s always fun,” Hodges-Tomlinson said. “You know, people call it a show. It’s what people come to practice for and they want to see me and Q (Johnston) put on a show. He’s a really good receiver, the best I’ve been around since I’ve been in college. We can’t do anything but make each other better. So as long as I’m having a great practice with Q, the games won’t be hard at all.”

Hodges-Tomlinson was an All-Big 12 First-Team selection last season after he had seven pass break-ups and two interceptions as opponents consistently threw away from him. In 2020, he was a First-Team and Second-Team All-American as selected by Pro Football Focus and the Associated Press, respectively.

Johnston was also an All-Big 12 First Team selection in 2021 after he led TCU in receiving yards (634), yards per reception (19.2) and touchdown catches (6). He also had 33 receptions, which was second on the team, even though he missed three games due to injury.

TCU is coming off a 2021 in which it went 5-7 overall and 3-6 in Big 12 action. The Horned Frogs were one of the worst defenses in the Big 12, finishing eighth or worse in points allowed, rushing yards allowed, passing yards allowed and total yards allowed. At midseason, the Horned Frogs and head coach Gary Patterson parted ways, with Patterson finishing with an overall record of 181-79 in more than 20 years at the helm. Jerry Kill was the interim head coach and then took the head-coaching job at New Mexico State.

The Horned Frogs hired Sonny Dykes away from SMU to take over the program. Dykes, the son of former Texas Tech head coach Spike Dykes, went to work to remake the program after infusing the Horned Frogs’ cross-town rival Mustangs with some much-needed energy.

Dykes inherits a program with 14 returning starters and a brewing battle at quarterback between two holdovers in Max Duggan and Chandler Morris.

The Cactus Emoji Has Awoken Red Raider Nation
Daniel Green on K-State Backfield: ‘Good Luck to These Defenses’
To Top