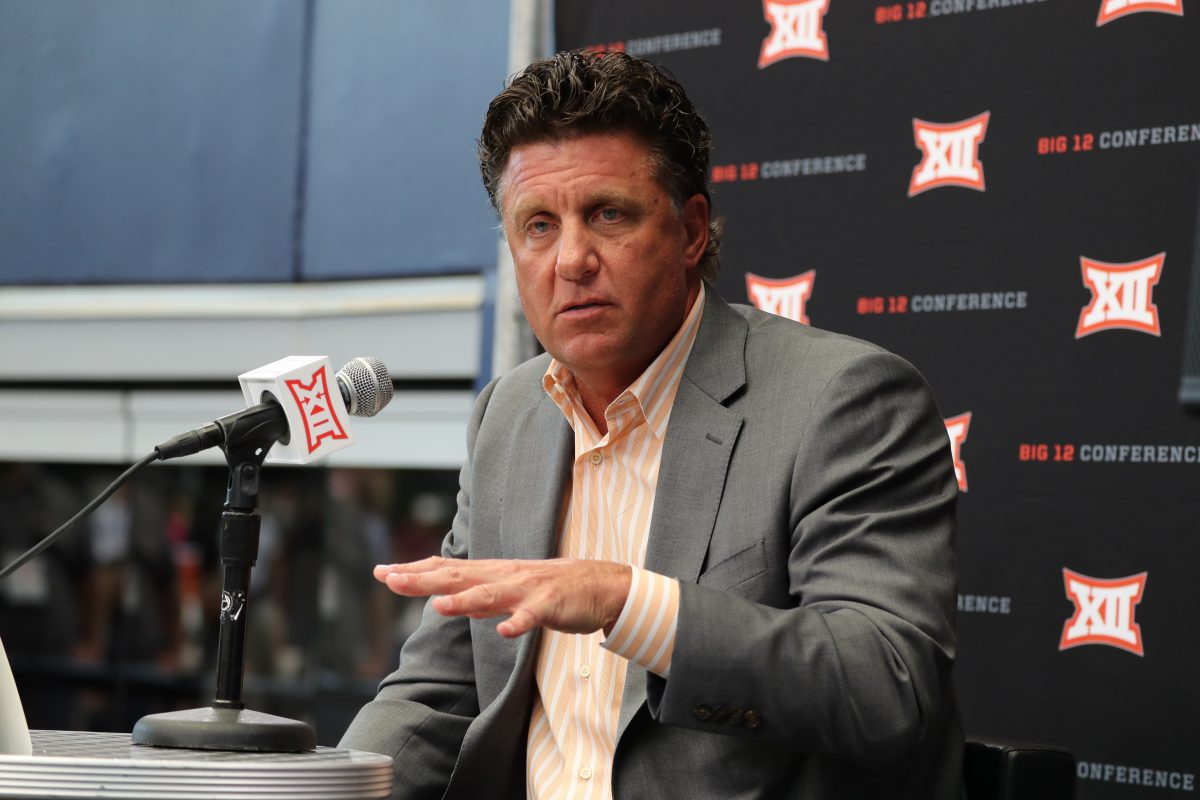 Few coaches as are associated with their school as Mike Gundy is with Oklahoma State. But Rob Glass might be on another level in Stillwater.

Glass was a name few outside of Stillwater knew before June, when the Cowboys announced they were extending their strength and conditioning coach for another five seasons. Glass had been at OSU for 18 years — as Gundy’s tenure as head coach. He even goes back to the Pat Jones days, when Glass was a graduate assistant for the head coach, who just happened to have a quarterback named Mike Gundy.

What was eye-popping was the reported figure of Glass’ extension — $1 million, per the Oklahoman. Glass is believed to be the first strength and conditioning coach to get that kind of money.

But Glass didn’t suggest the figure — Gundy did.

Gundy talked about the process during Big 12 Media Days. During a conversation with OSU athletic director Chad Weiberg eight months ago, Gundy said he told him that Glass was the “most important person in our building.”

“Well, then we need to make him the highest-paid strength coach in the country,” Weiberg said in response, according to Gundy.

“I said, ‘I think a million dollars would do it,’” Gundy said.

It’s a hefty sum for someone that doesn’t call plays or coach a position. Gundy said Glass has never asked for a raise in 18 years. He also said that Glass is so well-respected and regarded in the college game that all he would have to do is pick up a phone, make a couple of calls and find a new job.

Gundy didn’t want that to happen, he said. He also didn’t want Glass to have to ask for it, even though Gundy believes Glass is worth the money.

So, that begs the question — why is Glass worth the money?

Glass, Gundy says, can do things that he simply can’t.

“I’m not with the team 11 months out of the year,” Gundy said. “I don’t have face-to-face interaction with the team. We currently have 127 young men in our off-season program, and then we’ll have 140 when we start in August. Coach Glass has interaction with them pretty much face-to-face 11 months out of the year. As coaches, assistant coaches, coordinators and head coaches, we don’t.”

That face-to-face contact is crucial, especially at times when coaches aren’t allowed to supervise workouts, per NCAA rules. There are times in which strength and conditioning coaches like Glass are the only members of the staff that can be in contact with players.

“But the point being is we wanted to show him that we were appreciative of his commitment and the success we’ve had based on him, and then we wanted other people to know that we’re committed to Oklahoma State football,” Gundy said. “From a recruiting standpoint and a loyalty standpoint, we wanted everybody to know that we’re all in.”

Oklahoma State went 12-2 and came up less than a foot short of being crowned Big 12 Champions, losing to Baylor, 21-16. The Cowboys ended up in the Fiesta Bowl where they defeated Notre Dame, 37-35.

Oklahoma State opens up the 2022 season with Central Michigan on Sept. 1 and then hosts Arizona State on Sept. 10.