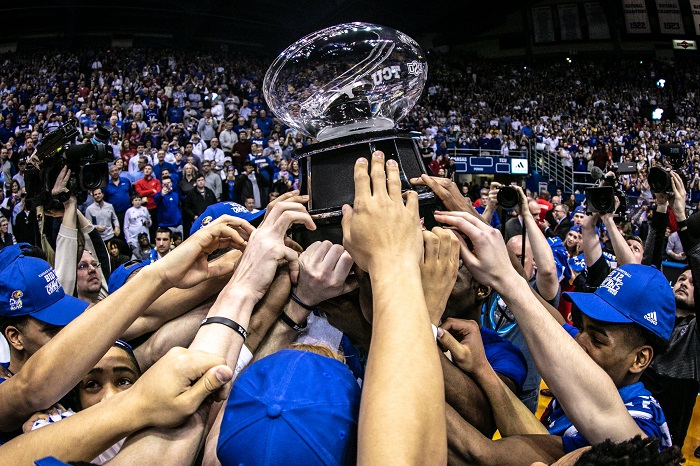 Without Bill Self and Kurtis Townsend on the recruiting trail this summer, there were murmurs that the 2021 national champions might struggle about for the 2023 recruiting class.

Well, some of those rumors were put to bed on Tuesday as the Jayhawks picked up a commitment from Chris Johnson, a top-30 prospect in the 2023 class.

Rated as a four-star guard, Johnson chose KU over 17 other offers, including Arkansas, UConn, Houston, Texas, Memphis, and UCLA.

“First off, it is Kansas,” Johnson said. “They always say choose a school that wants you and their staff has been with me through the ups and downs. Ever since the beginning of my high school season, Coach Case has been talking to me every day.”

“When I went there I built an entire relationship with the whole coaching staff and they built one with my family,” Johnson said. “I got to talk with Coach Self every day I was there. He brought me into his office, putting me through film, and let me be a part of the huddle at the end of their practice. Knowing that they want me there and on top of that Kansas is one of my dream schools, so I could not say no.”

Johnson is the first commitment of the 2023 class for Bill Self and sets the bar pretty high for the rest of the class to come.