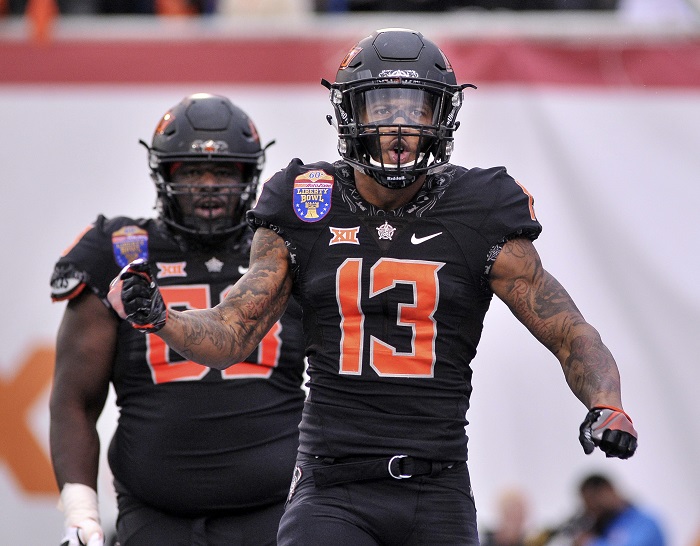 The first NFL action of the 2022-2023 season got underway Thursday night, as the Las Vegas Raiders defeated the Jacksonville Jaguars, 27-11, in the annual Hall of Fame Game.

Third year wide out on his third team, Johnson caught two passes for 39 yards, both in the second quarter. This 25-yard catch and run up the seam was his highlight of the day.

Johnson also had a 14-yard sideline catch that was initially ruled incomplete, but replay review determined he had indeed caught it. The former Cowboy and LSU Tiger has logged career numbers of 22 catches for 414 yards and three touchdowns in 22 games played. He signed with the Los Angeles Chargers in 2020, where he finished sixth on the team in receiving yards, before being waived and subsequently picked by the Jaguars in 2021.

Johnson now finds himself in Las Vegas, where he is receiving some preseason hype to step up for a thin wide out room.

On the other sideline and side of the ball, rookie defensive tackle Israel Antwine made his NFL debut for Jacksonville recording two tackles for loss and a sack on Raiders’ quarterback Jarrett Stidham.

Antwine went undrafted this year, signing with the Jags after an OSU career that saw him log 64 tackles, 12.5 for loss and 5.5 sacks through three seasons. If he continues to have productive preseason games, it’s hard to imagine the Jags not keeping him on the 53-man roster come the regular season.