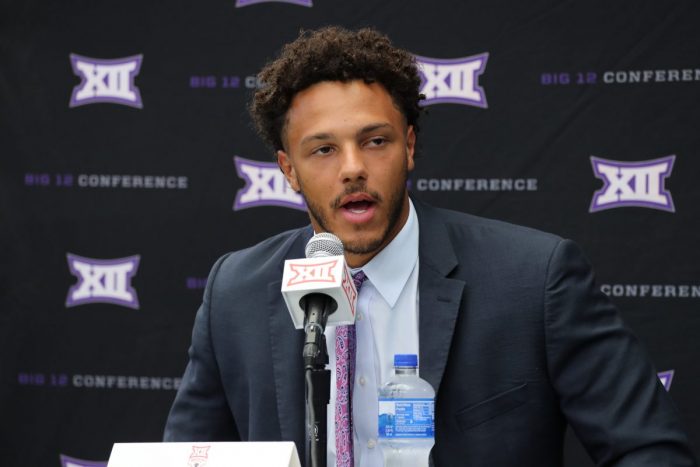 I want to thank each one of you who submitted a question this week and for tonight’s drink of choice? A Fandango Kolsch from Alamo Beer Company. Cheers!

@Schmitty27 asks: Let’s rewind to before 2011 realignment. If the Big 12 then was aggressive in realignment is it reasonable to think that right now the Big 12 is the number one or two conference? Would have Texas, OU, A&M, and Nebraska plus whoever they expanded with in 2011. As well as USC and UCLA now.

Duke: I decided to kick this mailbag off with a realignment question. I wasn’t covering football back in 2011 but I can tell you that Nebraska was leaving for one reason and one reason only. That of course was Texas. They didn’t want to deal with the folks in Austin anymore. Nebraska was out no matter what and they got a good payday from the Big Ten. The same goes for Texas A&M heading to the SEC back in 2012. They didn’t want to deal with Texas. See the common problem here? The conference let Texas call the shots and it lead to schools leaving. If the Big 12 let other schools express their opinion more then maybe things would have been different.

@tracks182 asks: Adrian Martinez averages over one turnover a game for his career. You buying or selling stock with him moving from Nebraska to Kansas State?

Duke: I am buying but I am not selling the farm to buy all of it. I understand Adrian has had plenty of ups and downs during his time at Nebraska. He didn’t exactly have the best supporting cast around him and he also made a ton of mistakes. His athleticism is through the roof and that’s what I am banking on with him. Collin Klein is now the offensive coordinator at Kansas State, and I believe he will utilize his abilities the right way. Imagine the running threat between Adrian Martinez and Deuce Vaughn. That is a scary duo to stop. And in case you missed it, here are my top five quarterbacks in the Big 12 for 2022.

@RPTexan asks: Post your best, worst and most likely case scenarios for each team.

Duke: I assume you are talking about records here? I’ll give it a quick shot here and keep in mind, with the conference so wide open this is going to be like throwing darts blindfolded.

@mike_haden asks: In what seems like the most wide open Big 12 race in some time, and with some very unproven QB’s, how well will Big 12 defenses feast on these new QB’s. What’s your top four defenses in the Big 12 for 2022?

Duke: This is an excellent question, and you are correct with the conference being wide open. So many questions surround all these new quarterbacks and maybe this gives a chance for some defenses to shine. I can’t really go into too much detail without getting longwinded but here would be my top four defense in the Big 12.

@GrayGGary asks: What are the chances that OU & Texas decide to go to the Big 10 instead of the SEC?

Duke: There’s a better chance of Stewart Mandel saying something positive about the Big 12 than Texas and Oklahoma going to the Big Ten. I’ll leave it at that.