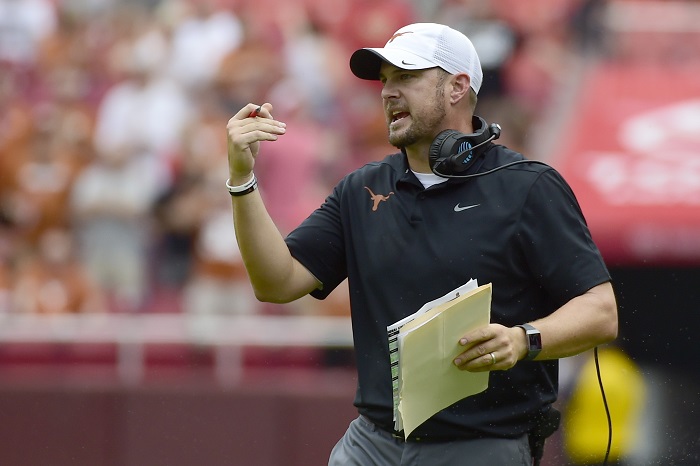 Former Texas Longhorns head coach Tom Herman is back in the college football landscape, but he won’t be on the sidelines as he was in the past.

On Tuesday, CBS Sports announced new additions to their pool of college football announcers and analysts and among the list of names was Herman.

According to the press release, Herman will join former Utah State running back and Super Bowl champion Robert Turbin and Christian Fauria as analysts,  while Meghan McPeak wills serve as the play-by-play announcer.

After being fired, Herman was subject to a buyout of ~$15 million, with three years still remaining on his contract. Shortly after he was let go, Herman landed a gig with the Chicago Bears, where he served as an offensive analyst. When the Bears made a coaching change and brought in Matt Eberflus, Herman was not retained.

It seems as it will only be a matter of time before Herman is back in a coaching role, but for now you will hear him as an analyst on CBS Sports.

247Sports Ranks Big 12 as Third-Best FBS Conference in 2022
Texas Could Soon Overtake Harvard as Wealthiest University in the U.S.
To Top