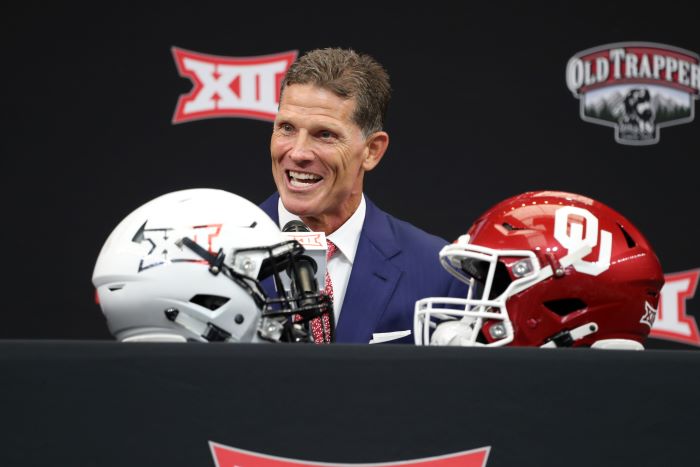 Oklahoma head coach Brent Venables is known for his energy and excitable personality, but what is the man like when he’s not in front of the camera?

Well, apparently that energy still needs to go somewhere and on Tuesday, it went to running stadiums after Venables’ first game week press conference as a head coach.

John Hoover of All Sooners captured a video of Venables getting a workout in in the afternoon heat of Oklahoma.

Now, I’m not sure how many of you have run bleachers before but speaking from firsthand experience, they are not fun. There’s a reason why that is typically a punishment for athletes, and I have only experienced this at a small Division-II school, not a 72-row stadium like Oklahoma.

For Venables, at 51-years-old, to be moving like that up the stadium steps is impressive and it gives him credibility with his players. He knows how bad those stadiums suck, so when he tells someone to go do them, it hits a little different.

I know this much, if you asked me to pick two coaches for a tag team wrestling duo, I don’t know that I’d have to leave the state of Oklahoma to build the best tandem. Between Venables and Oklahoma State head coach Mike Gundy, I think the Panhandle state has all the toughness that college football needs.