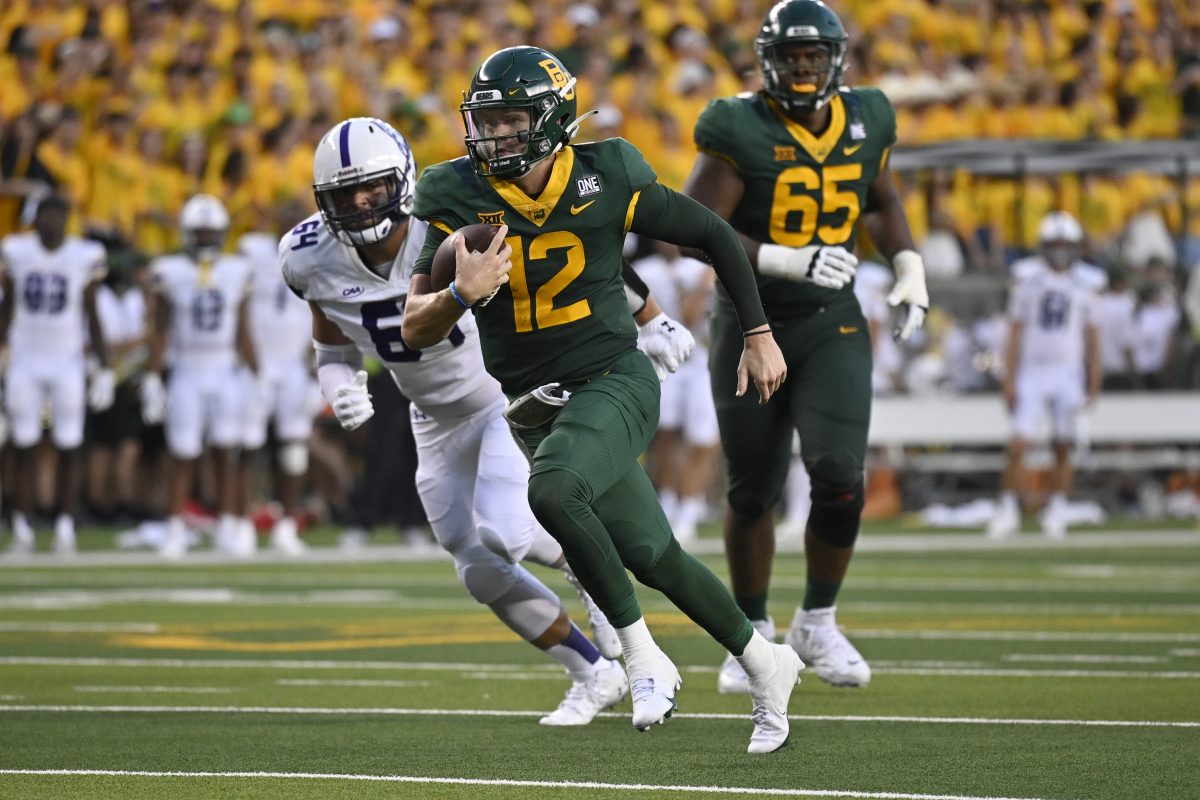 The Baylor Bears kicked off the 2022 college football season on Saturday evening against Albany. They are the defending Big 12 Conference champions, and they have plenty of new faces across the board including quarterback Blake Shapen who is now the full-time starter.

While Baylor lost some key pieces from last year’s team, they still have plenty of experience returning especially in the trenches. The Bears come into the season ranked in the top ten as expectations remain high in Waco.

There was no sweating the opening game against Albany at home as the Bears took care of business and put the game away early. Here are my three thoughts on Baylor’s 69-10 win over Albany.

I think we all knew that Albany wouldn’t present much of a challenge to Baylor on Saturday, but all eyes were on Blake Shapen and the offense. Shapen saw some playing time last season and played a big role in Baylor’s Big 12 championship game win over Oklahoma State last year. He was named the starter in the spring over Gerry Bohanon and got plenty of reps in practice. While we didn’t see a whole lot of Blake last season, what we did see was fairly good.

Saturday was much of the same thing we saw one year ago. Blake came out and threw the ball well going 17/20 for 214 yards and had three total touchdowns in the first half. I like his arm and what always has impressed me with him has been his accuracy. The man doesn’t miss very often, and you don’t see many quarterbacks completing over 70% of their passes in college football. I know it was just Albany, but Blake Shapen looks to be the real deal.

2. The Ground Game Picked Up

For whatever reason, Baylor’s run game kind of struggled in the first two quarters. The Bears ran the ball 15 times and were only able to get 43 yards on the ground against an inferior opponent. I was a bit shocked by that, but at the time, Baylor was still up by four touchdowns thanks to the play of Blake Shapen and a big punt return by Gavin Holmes. The good news is that the offense was able to pick up the slack in the second half as they ran for 216 yards in the final two quarters. Balor had six players score a rushing touchdown and give credit to the offensive line for getting plenty of push up front.

Depending on who you ask, many think that Baylor is still the cream of the crop in the Big 12. Most had either Oklahoma or Baylor winning the conference this year but the Big 12 is as wide open as ever this year. The Bears lost quite a few key pieces from a season ago, but they also are strong in some key areas. Baylor is stout on both sides of the ball in the trenches and Blake Shapen looked good on Saturday night. Defensively, they were all over Albany allowing under 250 yards of offense in a complete blowout. Again, I understand Albany probably isn’t a good test for this Baylor team, but they took care of business on Saturday and looked good doing it.