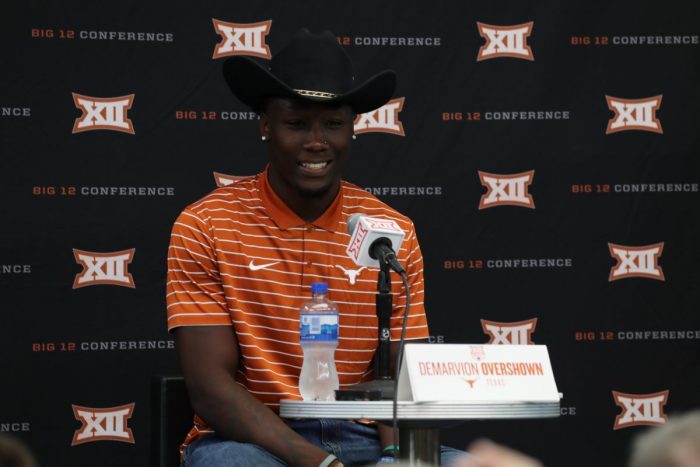 According to a report from 247 Sports’ Chris Hummer, Texas starting linebacker DeMarvion Overshown has been arrested on Monday for possession of marijuana.

According to the report, Overshown had less than two ounces of marijuana in his possession and was detained, but has since been released. Texas has not formally commented on the situation to this point, but if Overshown is to miss multiple games for the arrest, it could be a huge loss for the Longhorns.

Overshown is second on the team with 23 tackles this year and is one of the most experienced pieces on Texas’ roster in 2022. Not having the 6-4, 220-pound senior against the likes of Texas Tech, West Virginia, and Oklahoma could put UT in a tough spot.

The Longhorns are already short their starting quarterback Quinn Ewers, and now they could potentially lose the quarterback of their defense after this report.

Texas is set to travel to Lubbock this Saturday to take on the Texas Tech Red Raiders at 2:30 p.m. CT. Overshown was already set to miss the first half of the Texas Tech game after being ejected in the second half of the UTSA game following a questionable targeting penalty. Either way, it appears he might not appear in that game at all.

UPDATE: It appears that there has been a misunderstanding with the Overshown situation as Brian Davis of the Austin American-Statesman has offered some clarification in a tweet.

With Overshown already serving his punishment for the incident, he can be expected to be active in the Texas Tech game this upcoming weekend.