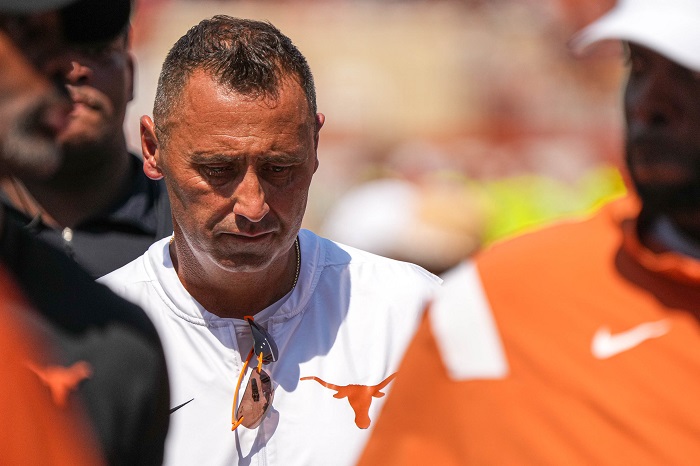 Week 4 of the Big 12 football season is in the books and conference play is steadily getting underway with a couple of really solid games this week. There were rivalries within the conference (Texas Tech vs. Texas) and out of the conference (TCU vs. SMU), along with the story in college football thus far, the Kansas Jayhawks, improving to 4-0 on the season.

So with all that being said, here are the Top 5 takeaways from Week 4 in the Big 12 Conference.

1. Jalon Daniels in the Heisman Conversation

Yes, the Kansas quarterback deserves to be in the Heisman Trophy conversation as the calendar flips to October on Saturday after leading KU to a 35-27 win over Duke to improve to 4-0 on the season.

Now, do I believe Jalon Daniels will ultimately win the Heisman Trophy? No. But on Saturday, Daniels was once again fantastic. He threw a career high four touchdown passes, finishing 19/23 for 324 yards, while rushing 11 times for 83 yards and one TD.

Just look at this beautiful pass from Jalon.

As noted, Daniels scored five touchdowns on the day (four passing, one rushing), his second straight game with five scores. He became the first Jayhawks player in school history to record multiple games in which he was responsible for five touchdowns.

They have scored 27 touchdowns through four games after scoring only 32 touchdowns in 12 games last season. Daniels has accounted for 15 of them (11 passing, four rushing).

The Longhorns led the Red Raiders 31-17 after a touchdown late in the third quarter. UT would just score three points over the next 19+ minutes of football and then lost to the Red Raiders in overtime 37-34. This is a collapse by the Longhorns and there’s no other way to put it.

After Texas scored the touchdown to go up 14, their next three drives went for 11 plays and 18 yards. They put together a strong final drive of regulation, which they needed a field goal to force overtime. But then, their lone possession in overtime resulted in a fumble, which led to the Tech field goal to win.

Texas is now 2-2 through the first month of the season and it’s fair to wonder what the rest of the season holds for Steve Sarkisian and this team. For Sark, the following stat is a massive blemish on his resume: In Big 12 games where his team has held a double-digit second half lead, Sarkisian is 2-4.

That’s not good, and this graphic makes it worse.

3. Welcome to the Big 12, Adrian Martinez

The quarterbacks in the Sunflower State certainly had themselves quite a day on Saturday. Along with the aforementioned Daniels, K-State’s Adrian Martinez doesn’t want to be forgotten about, and he led his team to a 41-34 win over Oklahoma.

Martinez finished 21/34 through the air for 234 yards and one passing touchdown, while rushing for 148 yards on 21 carries, with four rushing scores. He was clearly the better quarterback in this game against OU’s Dillon Gabriel.

This performance came after he spent a week getting criticized for his play in a loss to Tulane last week where the offense was stagnant and Martinez was timid. He was anything but on Saturday night in one of the toughest road environments in college football.

And how about this extra tidbit: Kansas State had one AP top-10 win from 1936-1994. It has three top-10 wins against Oklahoma in the past four seasons.

To dovetail the last two takeaways together, it’s clear that Oklahoma and Texas, who already get the best out of their Big 12 opponents, might even get a little more as their fellow Big 12 teams get set to say goodbye to the two blue bloods.

OU and Texas each lost their first Big 12 game of the season on Saturday. I’m not going to overreact to this, as it’s certainly still possible both teams could meet for a Big 12 Championship in December at AT&T Stadium. However, as if their Big 12 opponents needed any extra motivation, they certainly have it, as the two teams get set to depart for the SEC in the next couple of seasons. And as that date approaches (tentatively July 2025), I expect that added motivation to only continue to rise. And we may have seen a slight glimpse of that on Saturday. Just ask Joey McGuire.

Some may have decided that the shine has worn off the Bears following their Week 2 loss at BYU, but it would be foolish to do that. Baylor kicked off Big 12 play in Ames on Saturday, one of the toughest places to play in the Big 12, and left with a 31-24 win. The defense was stout, holding Iowa State to just 2.4 yards per carry, while the offense looked crisp under quarterback Blake Shapen, who was comfortable the entire game, finishing with 238 passing yards and three scores.

Can we not forget that Baylor is the defending Big 12 Champs? It feels like we all forget that far too often. This Baylor team is legit, deserves more respect, and will be right in the thick of the Big 12 race for a spot in the conference title game come November. 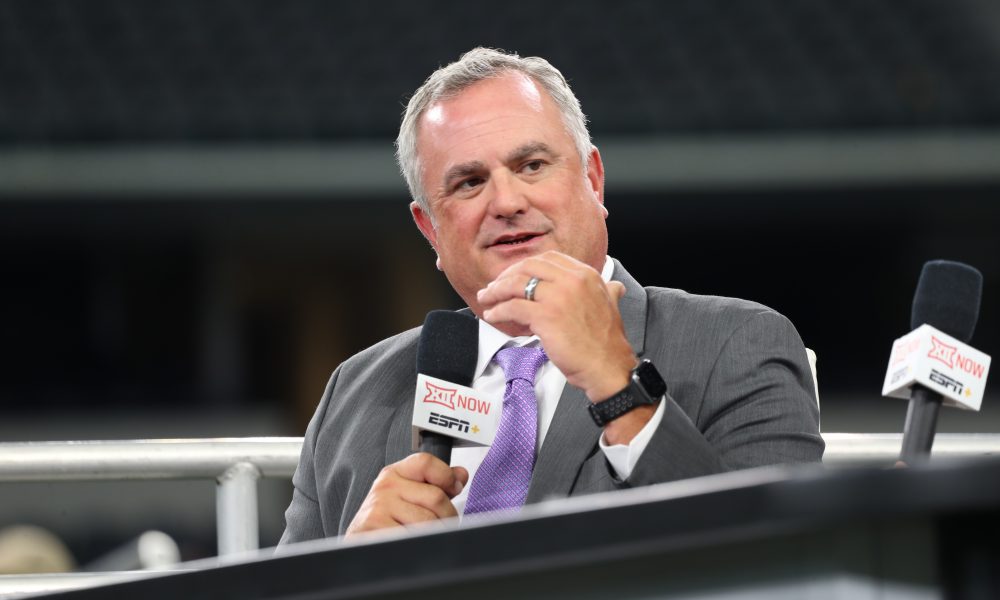 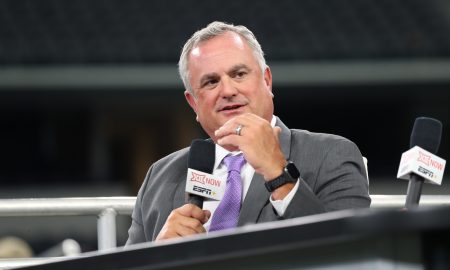 The TCU Horned Frogs were selected as the No. 3 seed in the College Football Playoff on Sunday. This made TCU the... 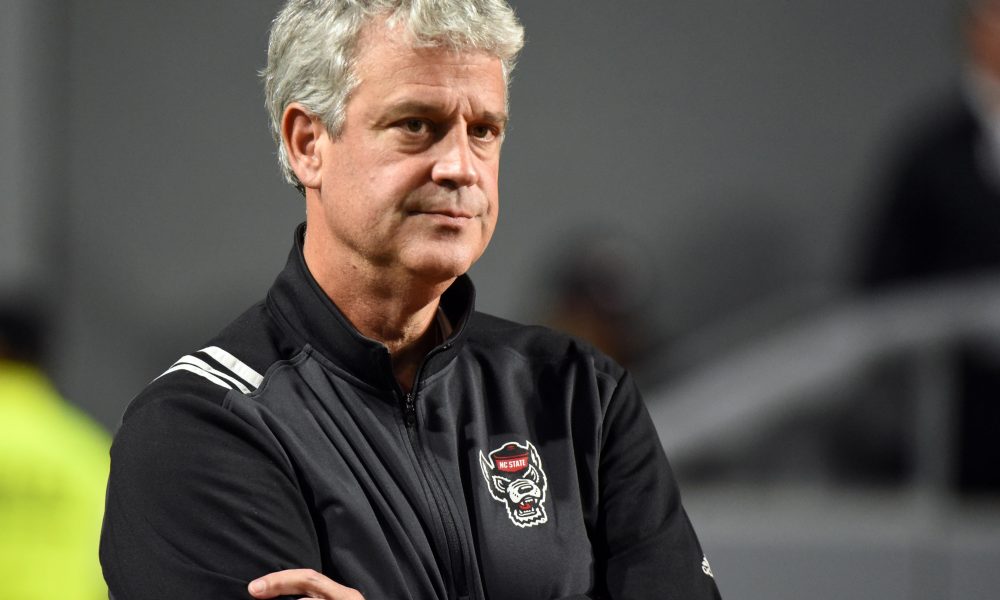 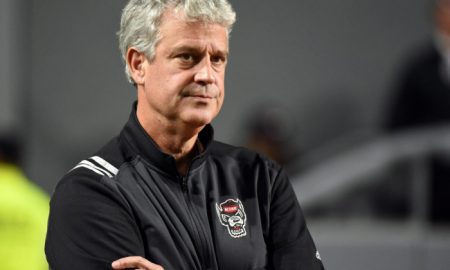 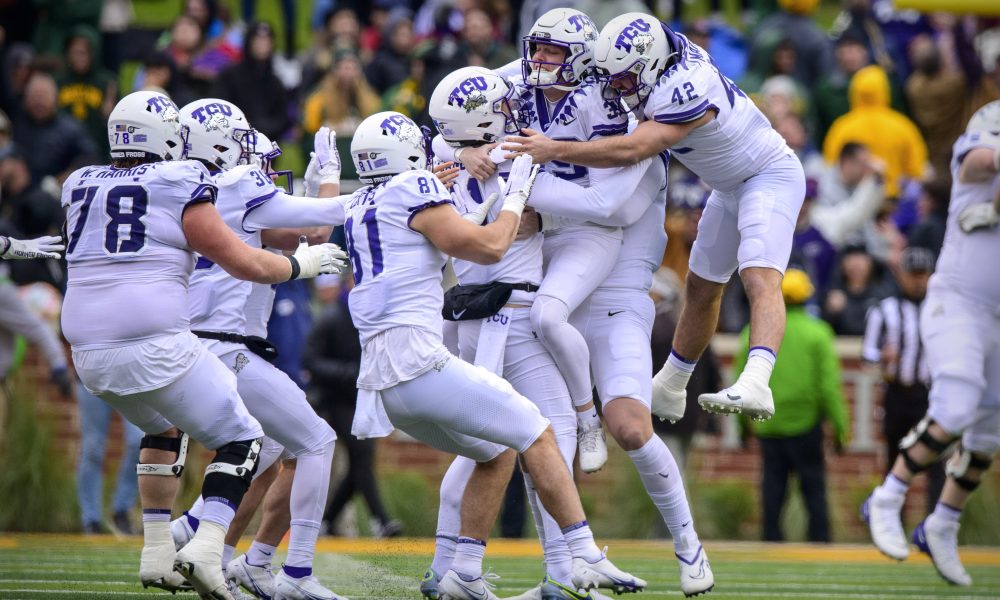 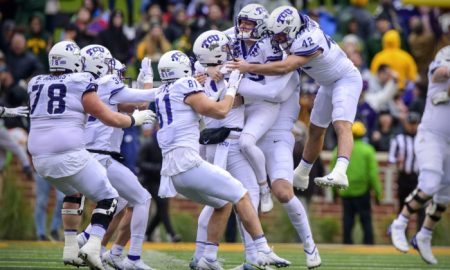 Three Thoughts on Kansas State’s 41-34 Win Over Oklahoma
Big 12 Football Week 4: The Good, the Bad and the Ugly
To Top