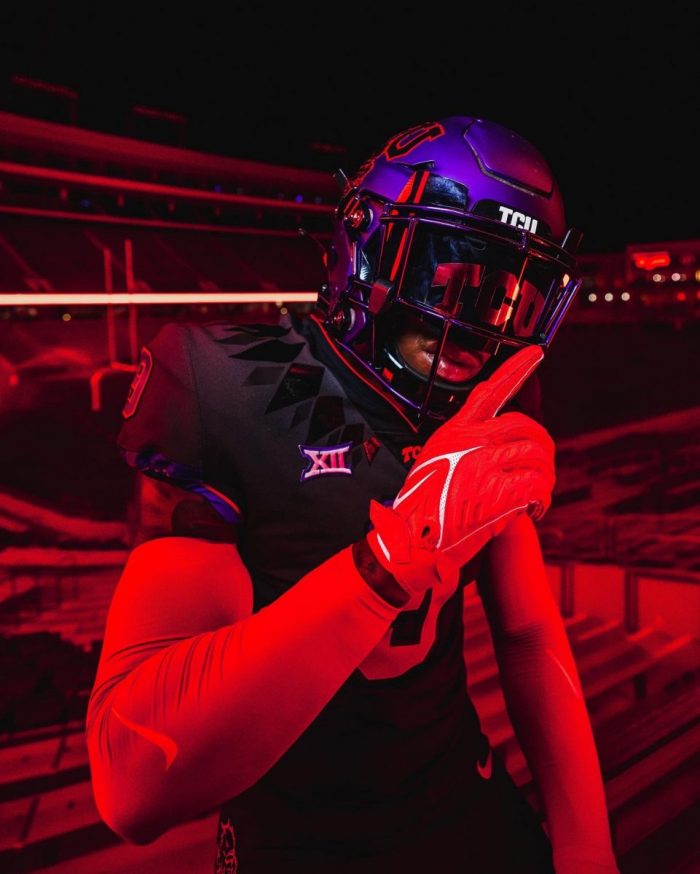 There is an absolutely monstrous game happening tomorrow in Fort Worth, with the eighth-ranked Oklahoma State Cowboys in Cowtown to take on the 13th-ranked TCU Horned Frogs.

The Horned Frogs are currently favored by four points in a game that looks like it might decide who has an inside track to one of the two spots in the Big 12 Championship Game this December.

I fully expect there to be a sellout crowd in Amon G. Carter Stadium on Saturday afternoon for one of the top games in the country, and those fans will get a look at some of the most controversial alternate uniforms in the Big 12: TCU’s Red alternates.

TCU Football’s Twitter page made the announcement on Friday morning, with this awesome hype video. Take a look.

There are two schools of thought on these alternates: you either love them, or they are the worst uniforms in college football. Personally, I think they’re awesome.

Last year, Oklahoma State walked all over the Horned Frogs to the tune of a 63-17 victory. That Oklahoma State team went on to win 12 games last season, and although the defensive nucleus is gone, OSU has proven to remain one of the top team in the Big 12 in 2022.

Will the Horned Frogs exact revenge for last year’s beatdown, or will Oklahoma State make three wins in the last four tries against the Frogs? Make sure to tune in at 2:30 p.m. on ABC and find out.

2023 OU Commit Derrick LeBlanc on Sooners’ Struggles: ‘We Just Got the Best Staff’
Oklahoma State vs. TCU: Preview and Prediction
To Top