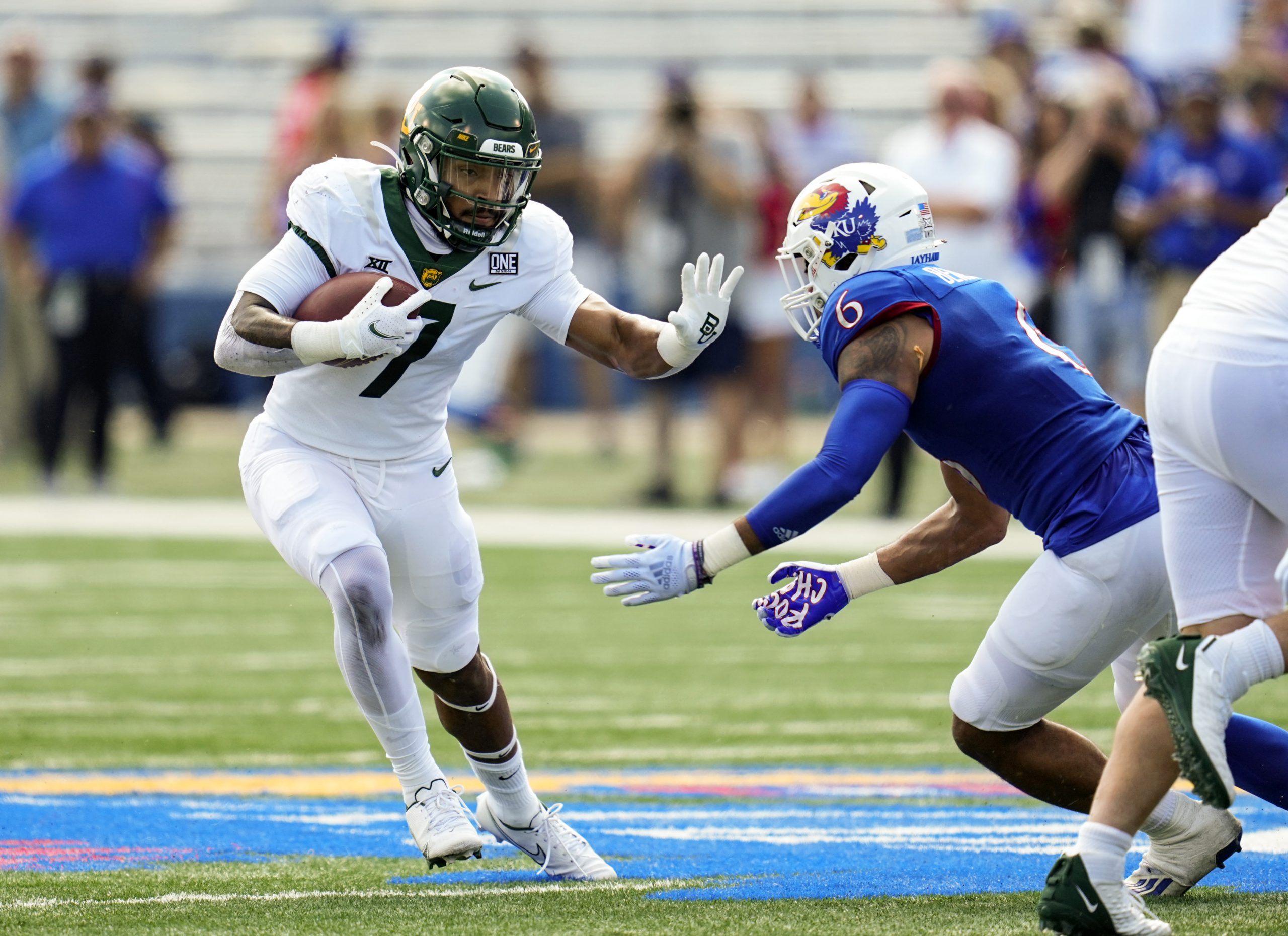 Here is everything you need to know about the upcoming matchup between the Kansas Jayhawks and the Baylor Bears.

Fun Fact: While Baylor leads the all-time record in this series 17-4, the more impressive stat might be their record against the Jayhawks in Waco: a perfect 10-0.

Whoever starts at quarterback for Kansas, whether it is starter Jalon Daniels or Jason Bean again in his absence, will need to be sharp against Baylor on Saturday. Last week, Bean threw for 265 yards and four touchdowns in a shootout loss to Oklahoma but was not to blame for KU falling short. One can probably assume that Bean will be in line for his second-straight start in Jalon Daniel’s stead, and even though most would like to see the starter back for KU, Bean is plenty good enough to score points against a struggling Baylor defense.

The biggest surprise for Kansas’ defense to this point in the season has been the play of transfer defensive end Lonnie Phelps. The Big 12 co-leader in sacks (6.0), Phelps has been a force on the edge for the Jayhawks. Coming into the Oklahoma game last week, Phelps was on a three-game streak where he recorded at least one sack. Then, he went quiet against OU, recording just one total tackle. If Kansas is to win Saturday, it’ll need Phelps to have an impact.

One of the biggest issues that Baylor has faced in 2022 has been the lack of a downfield threat in the passing game. Then, against West Virginia, wideout Gavin Holmes went off for seven receptions, 210 yards, and one score. If you do some quick math, that’s 30.0 yards per reception. That is the kind of explosive plays that Baylor needs in the passing game to win games, and if Holmes and Blake Shapen can build some report going into the second half of the 2022 season, it could go a long way in helping Baylor finish the year strong.

Baylor senior linebacker Dillon Doyle is coming off back-to-back double-digit tackle performances against Oklahoma State and West Virginia, and in the latter game recorded the second interception of his career. Unfortunately, both of those performances have come in losses in which his unit gave up 36 and 43 respectively. The Baylor defense has to be better going forward, and that will start with its most experienced player on that side of the ball.

Can Kansas do enough to find itself back on the winning side of things going into its bye week? The Jayhawks need just one more win to get to its first bowl game in 13 years, but at 5-2 through seven games, Kansas is thinking much further than 6-6. If they can rally and get to 6-2 before their bye, hopefully, another week is all Jalon Daniels needs to get healthy and Lance Leipold and Co. can attack the second half of their schedule.

Can Baylor’s suddenly-porous defense fix its issues against one of the best offenses in the Big 12? Kansas has the pieces and scheme to give Baylor fits, and that is bad news considering how much they have struggled in the last couple of weeks. Kansas is a much stouter test than it used to be, even as the road team, but Baylor needs to get a win this week before things start to really spiral out of control.

If Jalon Daniels returns in this game, I think Kansas has a slight edge in this game. However, I don’t think we see the early-season Heisman contender in Waco. Because of that, I think that the Kansas defense feels the pressure in this game and Baylor’s offense will find a way to capitalize. Baylor scores just enough to edge out the Jayhawks at home, giving them to 4-3 and 2-2 in Big 12 play with a lot of games left in the year.

Kansas Podcast: Jayhawks Fall to Oklahoma, Get Ready for Baylor and Hoops in Preseason Top 5
Big 12 Bets: An Underdog, Lock, and Bad Bet for Week 8
To Top